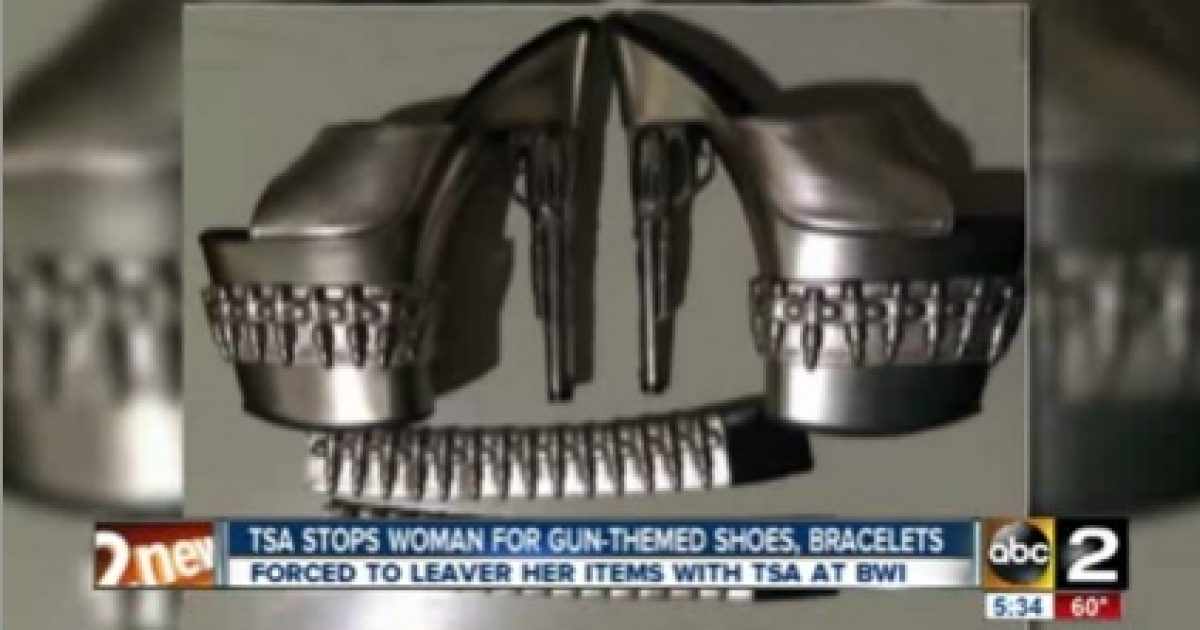 If you are planning on wearing gun-shaped heels to the Baltimore-Washington International Thurgood Marshall Airport (BWI), you might want to think again.

TSA spokeswoman Lisa Farbstein said the stilettos had heels in the shape of handguns and faux bullets around the sole. They were in the woman’s carry-on luggage, along with bracelets lined in faux bullets.

The agency prohibits passengers from carrying “replica guns or ammunition” through airport security checkpoints. Farbstein said the woman was told that she could put the items in her checked luggage. The woman tried to check the items, but ended up leaving them with the TSA in order to catch her flight. The shoes did not appear to be custom made, and similar gun-centric heels are prominently available online.

Common sense would dictate that you shouldn’t bring anything remotely resembling a weapon to the airport. But then again, these are obviously not working guns that could be used to harm somebody.

What do you think? Did the TSA over-react?