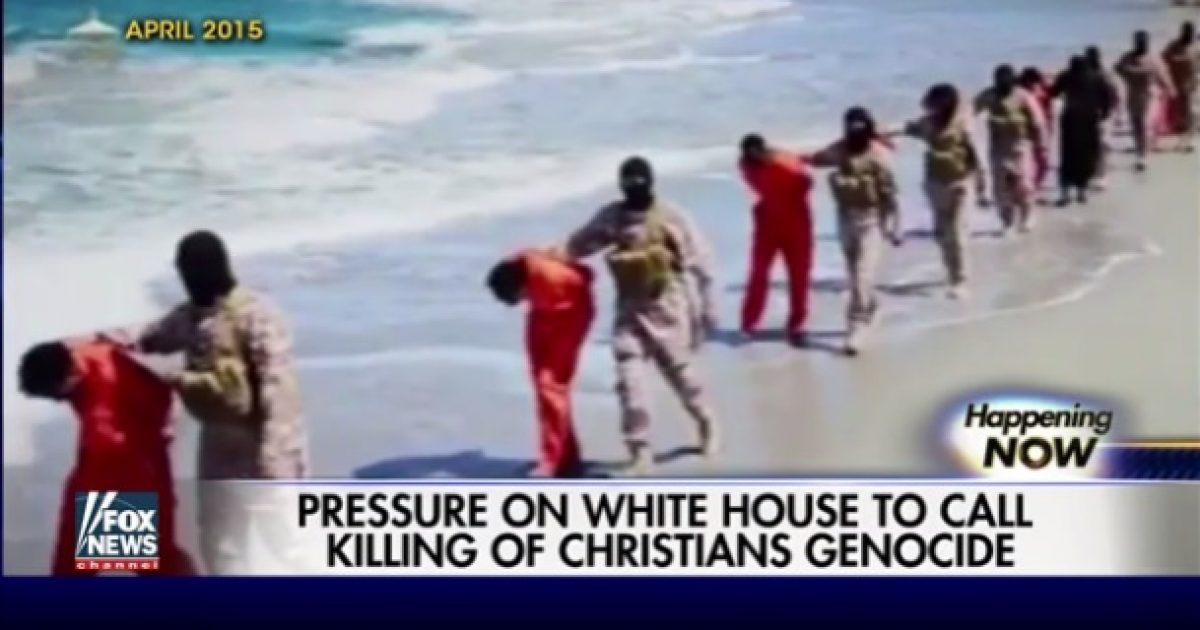 Despite overwhelming evidence of displacement, slavery, and mass killings against Christians in the Middle East, the White House refuses to acknowledge it as official “genocide.”

The Obama administration is facing growing pressure to step up and formally call the violence against Christians in the Middle East genocide, as evidence of atrocities mounts ahead of a looming deadline to decide on a label. The pressure comes amid scores of reports that Christians are being slaughtered, that Christian women are being raped and sold into slavery, and that Christian churches are being demolished. Less than a year ago, a video surfaced purporting to show 30 Ethiopian Christian men marched onto a beach before being beheaded and shot by the Islamic State, supposedly for refusing to renounce their faith.

But with the administration facing a March 17 deadline to decide how to label the situation, officials have hedged when asked which way they may decide. Secretary of State John Kerry faced tough questioning on Capitol Hill days ago, when pressed on why the administration hasn’t yet called the violence genocide. “It does require a lot of fact-gathering,” Kerry said at a House Foreign Affairs Committee hearing. “I mean you have to get the facts from the ground, more than just anecdotal.”

The White House is delaying calling the Christian genocide by its name for the same reason that Obama insists on calling domestic terror attacks “workplace violence.” He doesn’t want to offend the radical Muslim population even if it means alienating the rest of the country, both Republican and Democrat.

Andrew Walther, a vice president with the Knights of Columbus, hit the nail on the head when he said this:

It’s a sad day when all of the country puts partisan politics aside and unites around a serious global issue….except for the leadership who can actually do something about it.