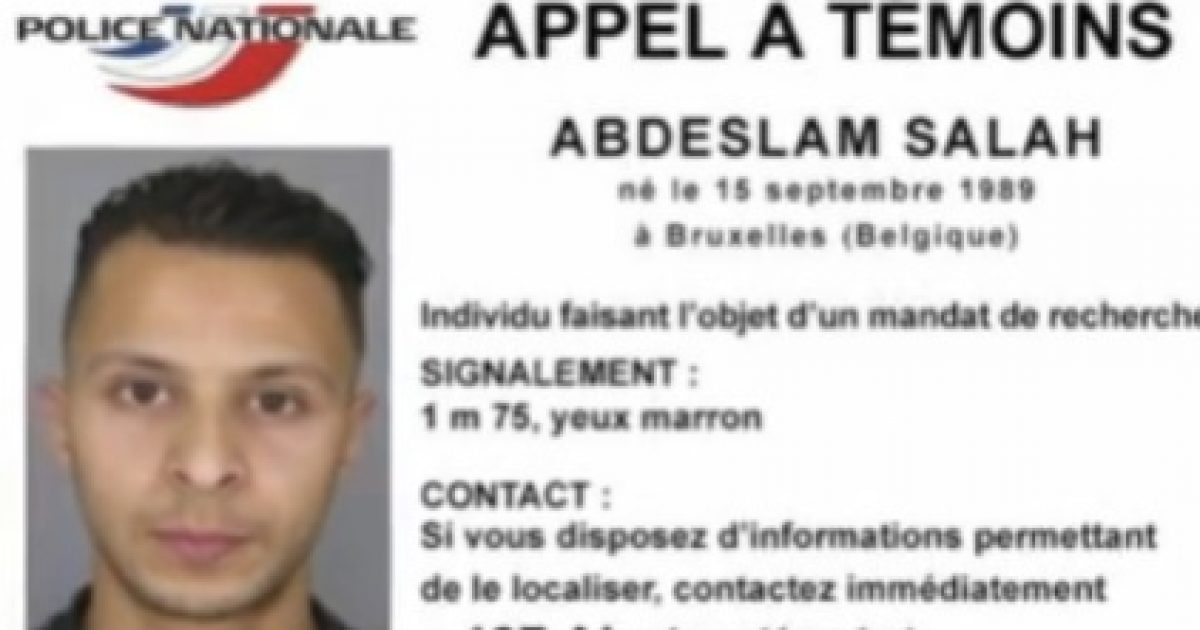 After 4 months on the run, Salah Abdeslam (the main fugitive from the Islamic terror attack in Paris) has been arrested by Belgian authorities and taken into custody alive.

According to the Daily Mail:

The world’s most wanted man, a prime suspect in the Paris terrorist attacks, has been wounded and captured in a dramatic police raid in Brussels. Salah Abdeslam, 26, was shot in the leg by police commandos following a four-month international manhunt and has been arrested in the district of Molenbeek in the Belgian capital. One of his accomplices may have been killed in the raid while another, who is still thought to be holed up in the flat, was wounded.

‘We got him,’ France’s minister for asylum and migration Theo Francken announced as a video of him being dragged away by police emerged. Footage showed a man in a white hoodie, reported to be Abdeslam, being wrestled to the floor by at least three armed officers – although this has not been independently verified.

Police with riot shields cordoned off the area and began evacuating locals as they continued their operation in the rundown Brussels suburb following his capture. TV cameras filmed a series of explosions and the sound of fresh gunfire in the area at around 6.20pm, more than two hours after the arrest, as police continued to search for a third suspect in the area.

This is a huge victory for the families and loved ones of those who lost their lives in the Paris terror attacks. Let’s get this radical Islamic terrorist extradited to France and brought to justice, immediately.