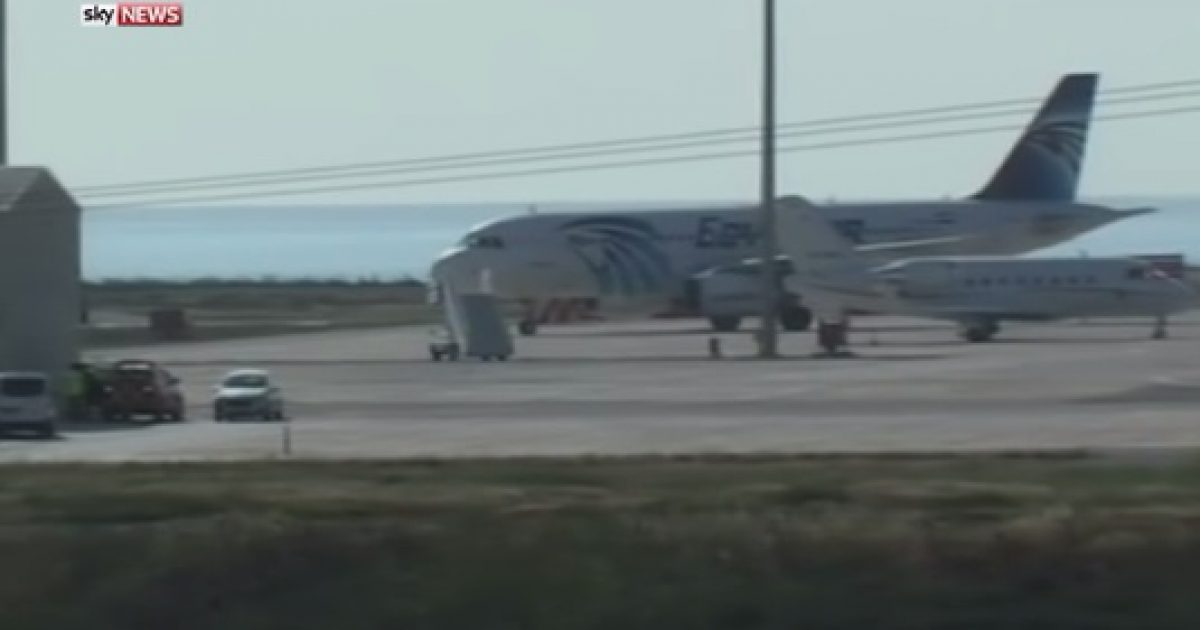 A man hijacked an EgyptAir jet, but it wasn’t an act of radical Islamic terror. It was a deranged effort to deliver a message to his estranged wife.

A hijacker strapped with fake explosives has been arrested in Cyprus after several of his hostages fled the plane. Egyptian national Seif Eldin Mustafa emerged from the aircraft with his hands aloft after a stand-off lasting eight hours. The Cypriot foreign minister tweeted: “It’s over. The #hijacker arrested.”

His surrender came minutes after a man in uniform was filmed escaping from the cockpit window. The remaining seven hostages were then seen leaving the plane in two separate groups – the latter running. All are safe. Within an hour it was established that the suicide belt the hijacker was wearing was fake.

…There were reports he had asked to see his ex-wife, who was said to live in the nearby village of Oroklini. Witnesses told state TV they saw Mustafa throw a letter on to the tarmac and demand it be delivered to his estranged wife. However, the Cypriot state broadcaster reported the hijacker wanted female prisoners in his native Egypt to be released.

Because nothing says “I love you” like holding a plane of terrified people hostage in the middle of a global war on terror.

Whatever the reason, Egypt’s foreign ministry hit the nail on the head in their statement when they wrote:

We would have to agree!