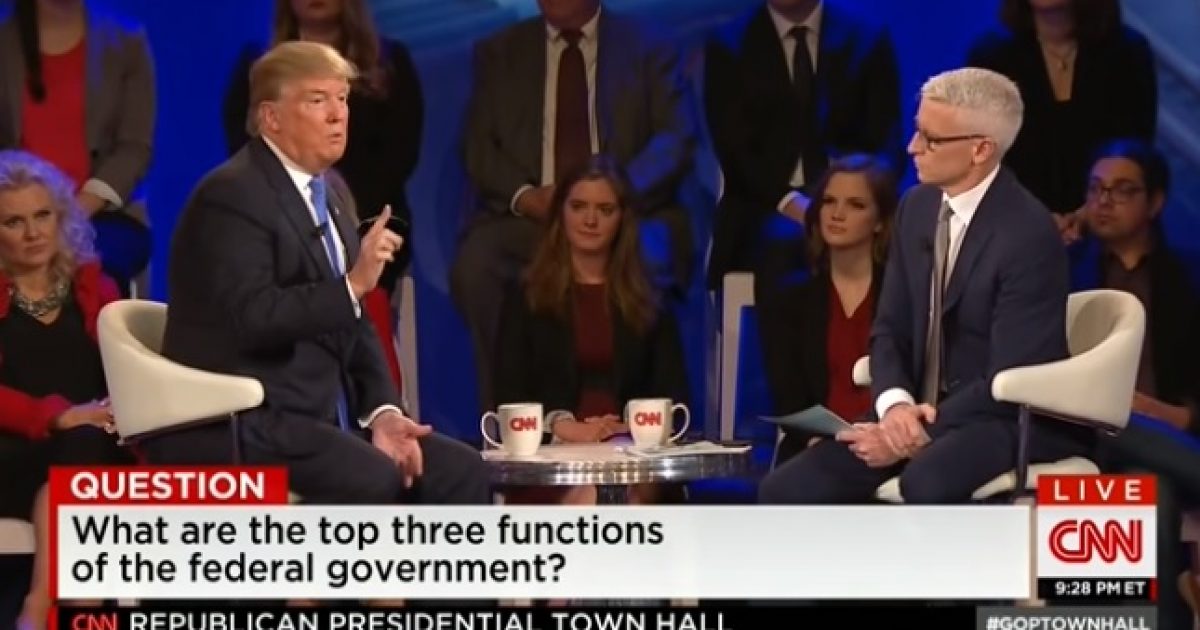 When GOP frontrunner Donald Trump was asked what he considers to be the top 3 functions of the federal government, he gave an answer….it just might not be the answer conservatives were expecting.

Republican front-runner Donald Trump identified health care and education as two of the three top functions of the federal government on Tuesday at a CNN town hall.

“In your opinion, what are the top three functions of the United States government?” an attendee asked the billionaire. Trump said the “greatest function of all by far” is security. “I would also say health care, education,” he added.

Moderator Anderson Cooper pressed him on his answer. “So in terms of federal government role, you’re saying security. But you also say health care and education should be provided by the federal government,” Cooper said.

“Those are two of things. Yeah, sure. There are obviously many things. Housing, providing great neighborhoods,” Trump answered.

Trump continued on to say that education should also be in the states, but “the federal government, the concept of the country, is the concept that we have to have education within the country.” He did add that Common Core needs to go away.

He then explained that health care should be “led” by the federal government, but also be “privately done.” We might need to get some clarification on this question.