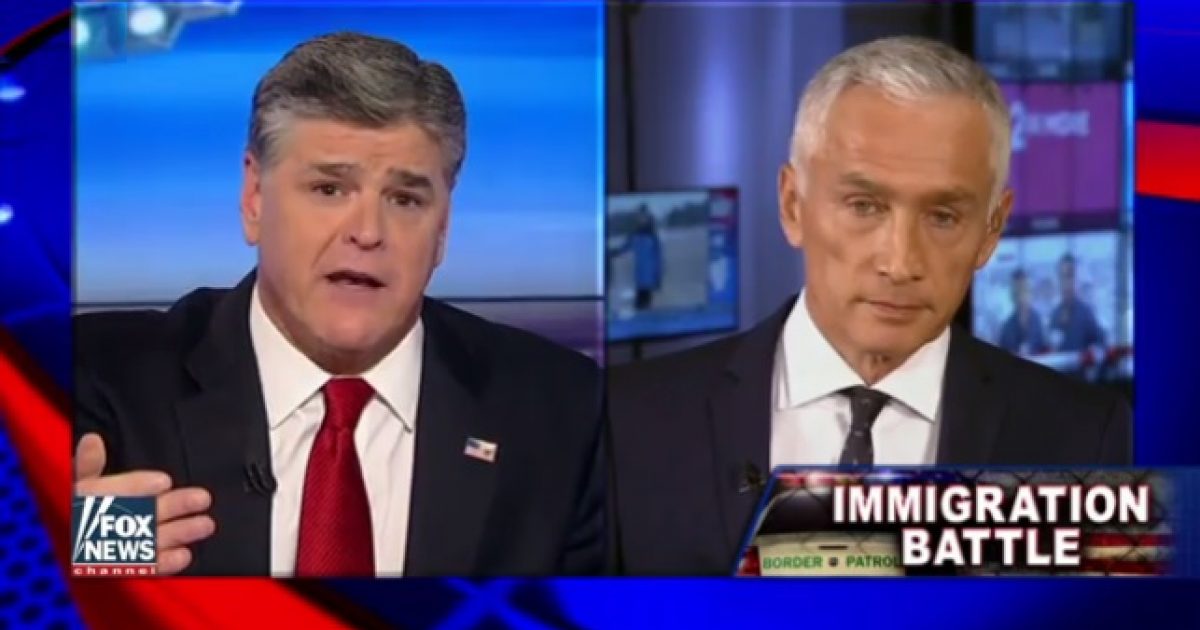 Fireworks erupted on the Hannity show when Sean Hannity and Jorge Ramos debated over immigration and GOP frontrunner Donald Trump.

According to The Blaze, here’s how it went down:

Hannity accused Ramos of taking Trump out of context in regards to the billionaire’s remarks on immigration — something the conservative personality called “fundamentally unfair.”

… Ramos argued that data proved that as the number of immigrants had gone up, violent crime has gone down. “Your math is insane!” Hannity said. “That’s nuts.”

“That’s a fact,” Ramos fired back. Ramos then accused Hannity of not being tough enough on Trump.

“You can be much more challenging with Donald Trump,” the Univision anchor told Hannity.

“Excuse me! I don’t need lectures from you!” Hannity quipped. “Because you act like a sanctimonious objective reporter and you got an agenda! You support open borders, you support illegal immigration and you seem to be willing to risk the lives of Americans.”

Watch the fiery exchange for yourself below: