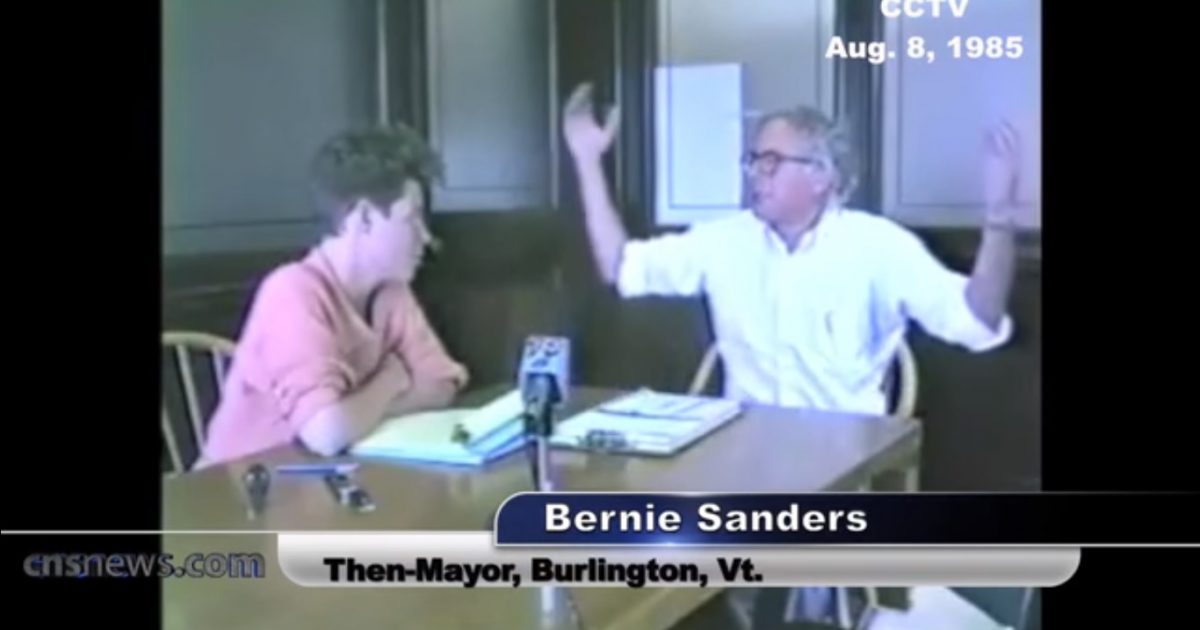 Considering Senator [score]Bernie Sanders[/score] openly admits to being a socialist, this shouldn’t really come as a surprise to anyone…

But a new (old) video has surfaced which shows Bernie Sanders not only praising Fidel Castro, but unable to distinguish his brand of socialist communism from that of Cuba. Take a look:

As the Latin Times questioned,

Is this Bernie Sander’s “David Duke” moment? When asked to differentiate his brand of social from the communist leader Fidel Castro, Sanders had little to say. The Univision/CNN/Facebook debate featured video of then Mayor Sanders explaining why he believed the Cuban people had not staged an insurrection against Cuba, and why then President Ronald Reagan was wrong to think that Nicaraguans would do the same against the leftist government there. “They had forgotten that he educated their kids, gave them health care,” he said in the video, adding that the Castros had “totally transformed their society” but also qualifying his statement “You know, not to say that Fidel Castro or Cuba are perfect, they are certainly not.”

“In South Florida there are still open wounds among some exiles regarding socialism and communism. So please explain what is the difference between the socialism that you profess and the socialism in Nicaragua, Cuba and Venezuela,” Univision anchor María Elena Salinas asked.

Sanders got two chances to divorce his “democratic socialist” label from 1960s Cuban communism. At first he focused on the failures of U.S. intervention in Latin America, and historical support for regime change towards brutal dictatorships. But he didn’t really answer the question.

He didn’t “really answer” the question. Because that’s what liberals do. Duck and distract, avoid the real issues at all costs because, FREE STUFF!

This is America. And we choose freedom.