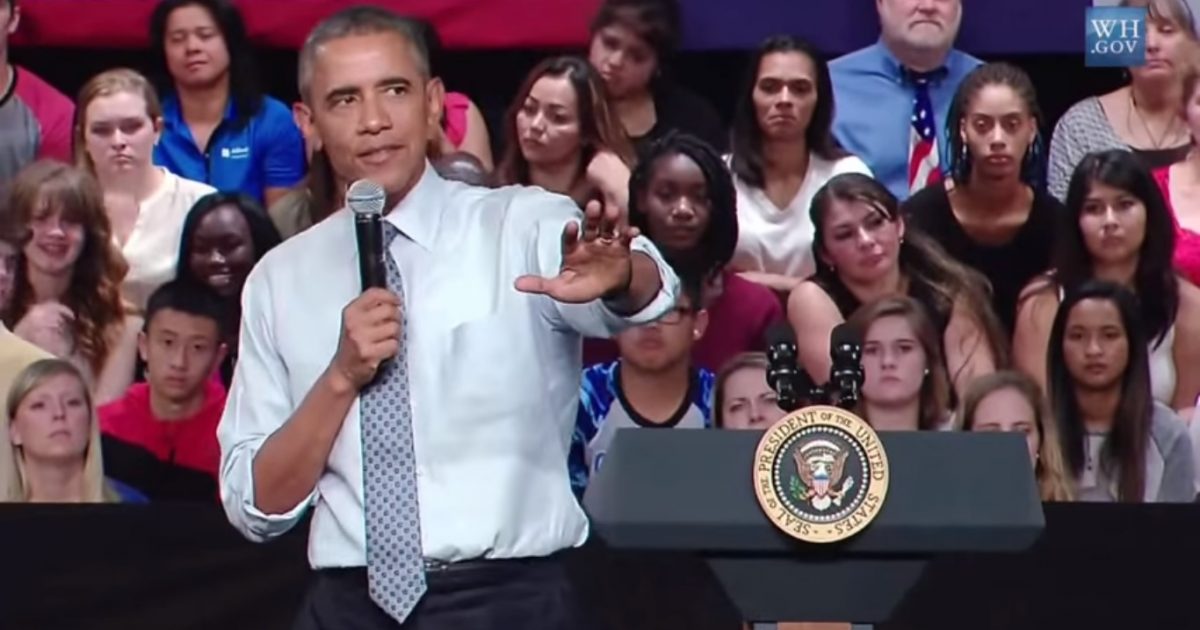 Pull up a chair. Sit down. Hang on.

President Obama has done what few on the right felt was possible. He’s taken an issue, and NAILED IT.

Recently on a college campus, the President explained that America’s college students are being coddled by political correctness. “I don’t believe that you as students at colleges have to be coddled and protected from different points of view… you can’t come because I’m too sensitive to hear what you have to say. That’s not the way we learn.”

For real, though. President [score]BARACK OBAMA[/score] said that. Seriously. He did.

Have a discussion; don’t silence those you disagree with – it’s unpatriotic, even un-American, if you will. Uncanny how relevant this advice seems to today’s political discourse, isn’t it?