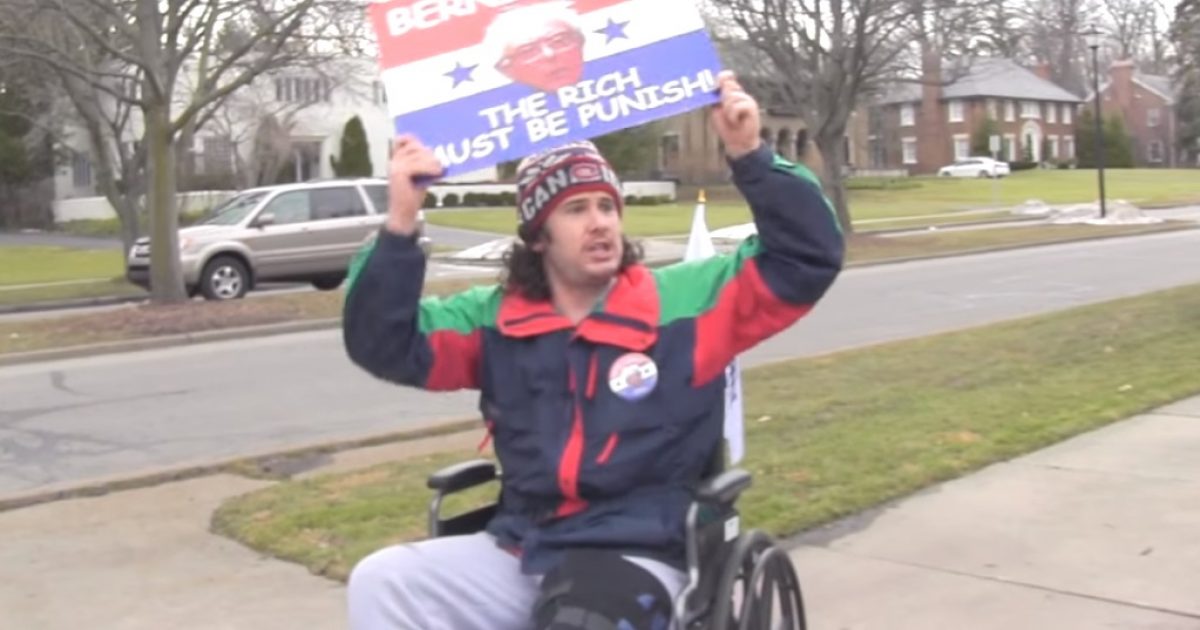 This time, he’s gone under cover as Canadian immigrant Jean-Guy Tremblay as a supporter for Bernie Sanders. The result? Hilarity… and tears. Sanders supporters actually believe socialism is a preferable system of governance to the American dream of individual freedom.

Favorite part? Asking supporters to share (redistribute) their signs. Or give him a t-shirt for free. “Apparently socialism isn’t for everyone!” Also, protesting in front of mansions? Epic.