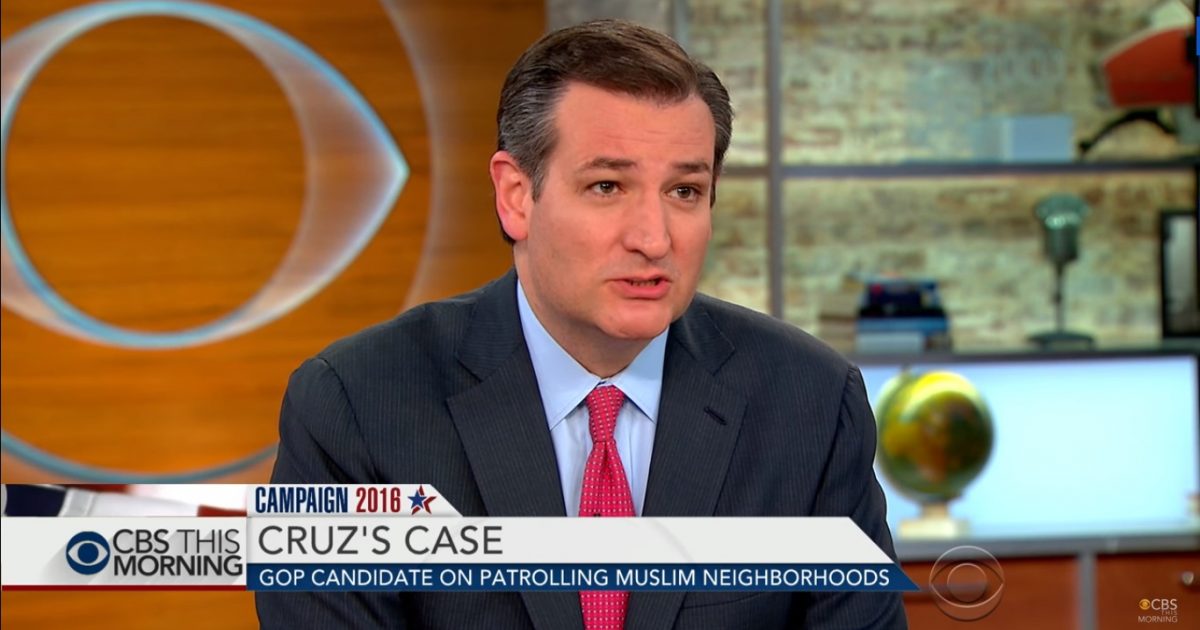 No matter your top choice for GOP nominee, it’s always awesome to see one of the good guys take down the mainstream media! And Ted Cruz seems to have an extra-special gift for doing just that.

His latest? Schooling the CBS This Morning panel on the teachings of Islam. Watch this:

“We saw a horrific terror attack in Brussels and our prayers this morning are with the families of those murdered, of those wounded,” Cruz said. “But what is important is that was not a lone wolf, that wasn’t an isolated attack. It was radical Islamic terrorism. It was ISIS that has declared jihad, that is waging war on us.”

“New York City, under Mayor Bloomberg, had a program that focused on, worked proactively with, Muslim communities to stop radicalization to prevent attacks from radical Islamic terrorism before they occur,” Cruz said. “Now what happened, Mayor de Blasio came in and decided political correctness mattered more than keeping people safe. He disbanded the program.”

“Islamism commands that you either murder the infidels or forcibly convert them,” Cruz declared. “You wage jihad. And here’s the consequence of President Obama and Hillary Clinton and Bill de Blasio refusing to acknowledge what we’re fighting: You end up with policies that don’t keep us safe.”

That last part bears repeating, because it’s the part no one (left, right, or center) likes to talk about: the central tenant of Islam. “Islamism commands that you either murder the infidels or forcibly convert them.” It’s not a suggestion. Followers of Mohammad are commanded to murder or forcibly convert those who do not adhere to the tenants of Islam.

Ted Cruz is exactly right. When we refuse to acknowledge what we’re fighting, we end up with policies that don’t keep us safe. Well said, sir. Well said!