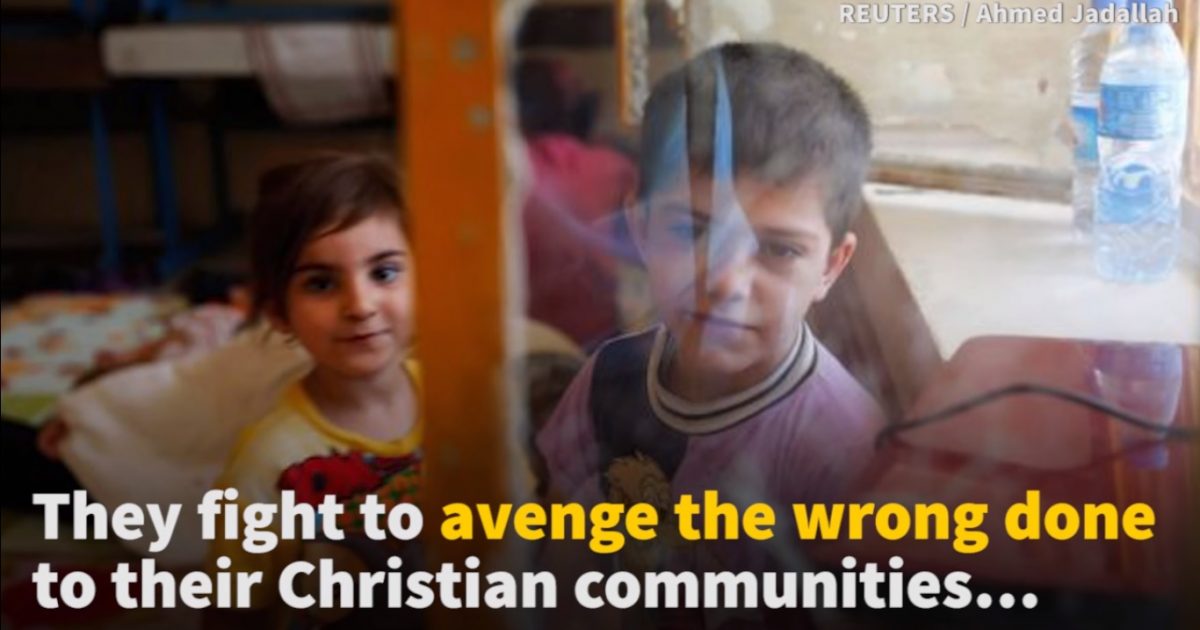 Ready for your daily dose of awesome?

A group of Christians in Iraq are standing up to ISIS. Over 100,000 men have banded together to form a militia they’re calling the “Babylon Brigade.”

Rayan al-Kildani is the Commander of the brigade. After US troops pulled out of the country and the Iraqi Army surrendered city after city to advancing ISIS troops, al-Kildani said he and his men had no choice but to do something.

“[ISIS] displaced us from our houses, they took our money, killed our young men and women and they took our properties,” al-Kildani told NBC news. “What the Islamic State was doing to the Christians is terrible … They are the devil.” The first specifically Christian fighting force in Iraq, the Babylon Brigade has seen great success, recruiting upwords of 100,000 members in just two years.

When asked about how they reconcile “thou shalt not kill” (which, by the way, when correctly translated is “thou shalt not murder), al-Kildani replied, “We have to fight. We have to defend ourselves … Jesus himself told us that if you don’t have a sword you should go out and buy one.”

As reported by the BBC,

A group of Christians in Iraq have formed their own militia to protect people from the so-called Islamic State group. The leader of the Babylon Brigade says they were left with no choice but to take up arms when IS fighters targeted Christians.

There’s a striking picture on the wall. It shows an untarmacked road, scorched by sunlight, leading to a small village with a mountain range behind it. And all along the side of the road there are crosses every 100m – taller even than lamp posts. “Christian village,” a guard mumbles. “Near Mosul.”

We are in the Baghdad headquarters of the Iraq Christian Resistance, Babylon Brigade. They are a militia, although they prefer the phrase popular mobilisation unit. Whatever the language, about 30 of these outfits have sprung up in the past couple of years and between them they have 100,000 armed volunteers. They were formed to block the advance of the so-called Islamic State group when it swept through north and west Iraq in 2014, even threatening Baghdad. When the Iraqi national army collapsed the militias stood firm.

Hat’s off to the Babylon Brigade. The world could use more brave men like them!