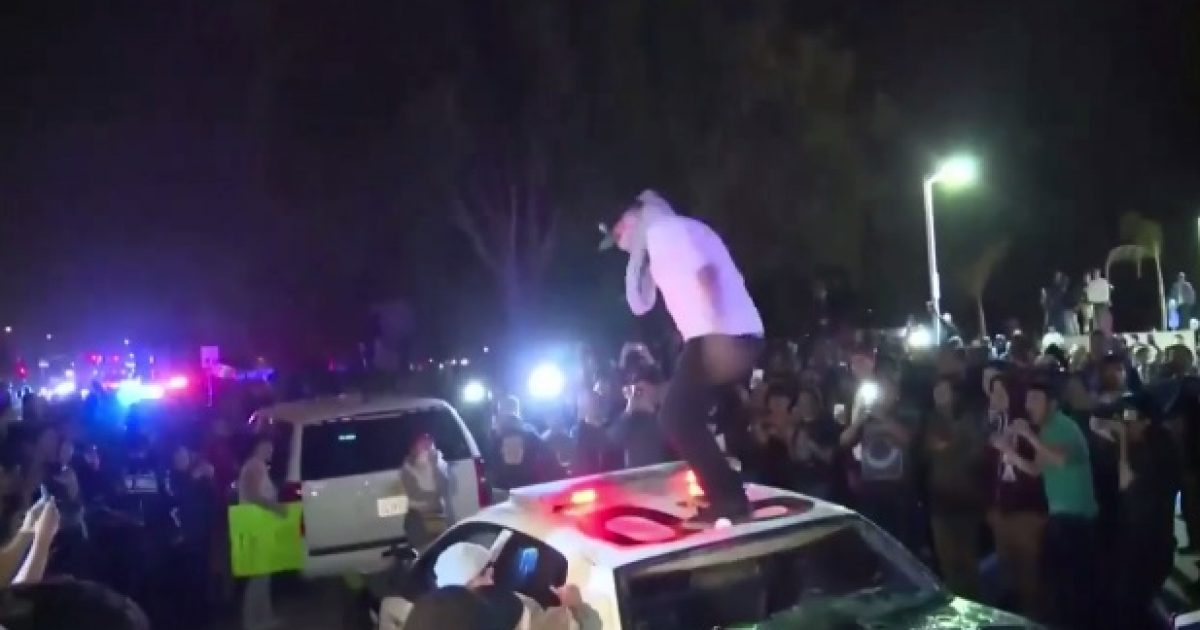 This is really getting out of hand. A southern California anti-Trump riot left one police car completely smashed, citizens terrified, and around 20 people arrested.

Hundreds of demonstrators filled the street outside the Orange County amphitheater where Donald Trump held a rally Thursday night, stomping on cars, hurling rocks at motorists and forcefully declaring their opposition to the Republican presidential candidate. Traffic came to a halt as a boisterous crowd walked in the roadway, some waving American and Mexican flags. Protesters smashed a window on at least one police cruiser, punctured the tires of a police sport utility vehicle, and at one point tried to flip a police car.

“I’m protesting because I want equal rights for everybody, and I want peaceful protest,” said 19-year-old Daniel Lujan, one of hundreds in a crowd that appeared to be mostly Latinos in their late teens and 20s. “I knew this was going to happen,” Lujan added. “It was going to be a riot. He deserves what he gets.”

But here’s the thing, Daniel. Donald Trump is not getting harmed by this violent riot. He gets on a plane and flies to his next campaign stop. The only people who actually get hurt are the citizens who live in Costa Mesa.

If you don’t like the man running for president, don’t vote for him. It really is that simple. You don’t have to run around destroying your own neighborhood and scaring people. That doesn’t make you a protester, it makes you a thug.