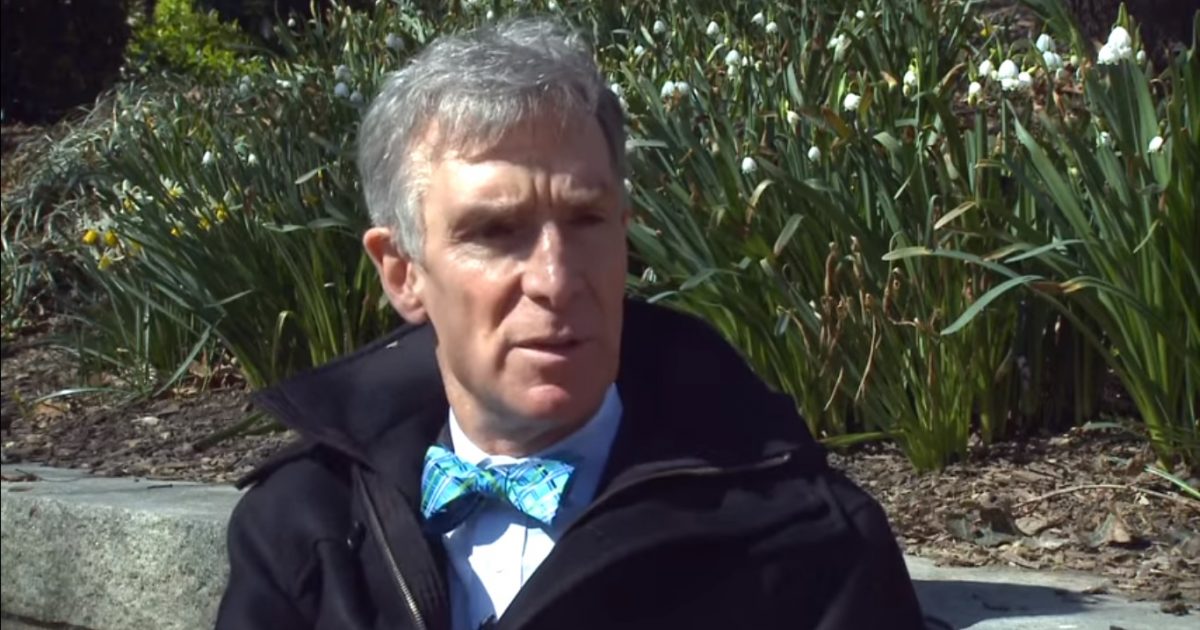 The self-crowned “Science Guy” revealed in a recent interview that he’s open to criminal charges and jail time for those who dare to question the un-settled science known as “climate change.”

You may better remember “climate change” as global warming. That’s what scientists called it once upon a time. It is sometimes also referred to as global cooling; however, in the interests of never having to admit any error, scientists have opted for the more generic “climate change” … which covers warming, cooling, and if Darth Vader were to one day take over a galaxy far, far away. Or, to quote Sarah Palin, “Bill Nye is as much a scientist as I am.”

As reported by the Washington Times,

“In these cases, for me, as a taxpayer and voter, the introduction of this extreme doubt about climate change is affecting my quality of life as a public citizen,” Mr. Nye said. “So I can see where people are very concerned about this, and they’re pursuing criminal investigations as well as engaging in discussions like this.”

Virgin Islands Attorney General Claude E. Walker raised concerns about a government crackdown on dissent when he issued a subpoena last week to the free market Competitive Enterprise Institute for its climate-related research and documents.

About the potential for a “chilling effect,” Mr. Nye said, “That there is a chilling effect on scientists who are in extreme doubt about climate change, I think that is good.”

“The extreme doubt about climate change people — without going too far afield here — are leaving the world worse than they found it because they are keeping us from getting to work. They are holding us back,” Mr. Nye said in a post on Climate Depot, a project of the free market, nonprofit Committee for a Constructive Tomorrow.

Unlike Mr. Nye, I can think of exactly zero ways climate change skeptics are affecting my quality of life as a taxpayer and voter. Zero. But maybe it’s just me. What about you? Share your thoughts in the comments below!