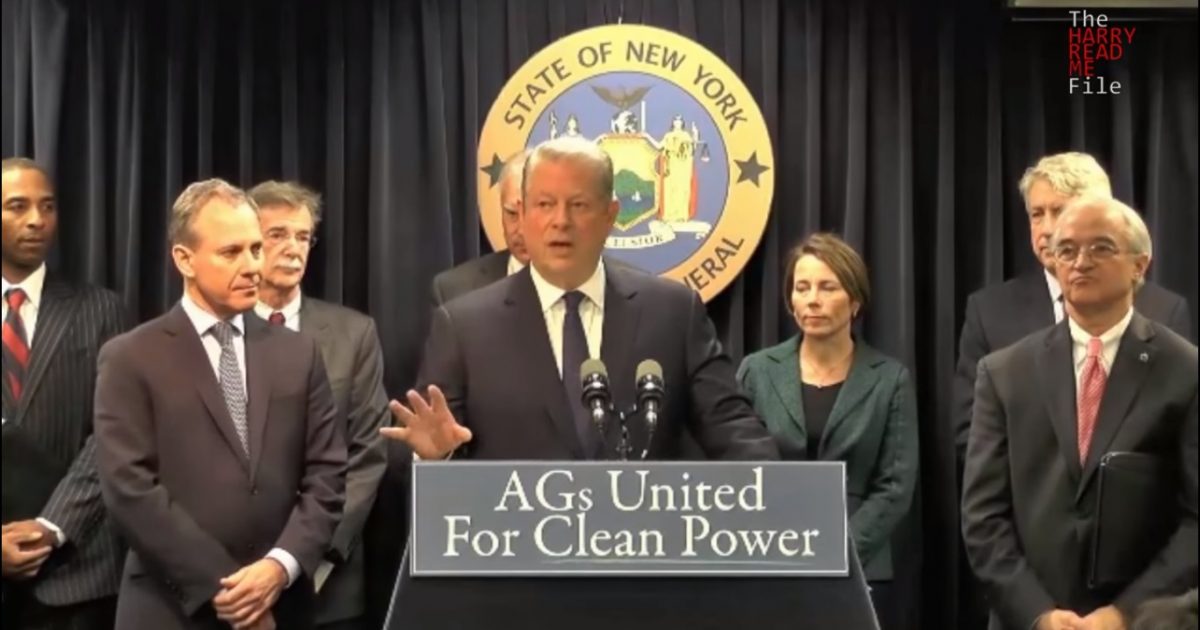 Just when you thought liberals couldn’t get any more ridiculous… they do.

As reported by the Daily Signal,

Treating climate change as an absolute, unassailable fact, instead of what it is—an unproven, controversial scientific theory—a group of state attorneys general have announced that they will be targeting any companies that challenge the catastrophic climate change religion.

Speaking at a press conference on March 29, New York Attorney General Eric Schneiderman said, “The bottom line is simple: Climate change is real.” He went on to say that if companies are committing fraud by “lying” about the dangers of climate change, they will “pursue them to the fullest extent of the law.”

The coalition of 17 inquisitors are calling themselves “AGs United for Clean Power.” The coalition consists of 15 state attorneys general (California, Connecticut, Illinois, Iowa, Maine, Maryland, Massachusetts, Minnesota, New Mexico, New York, Oregon, Rhode Island, Vermont, Virginia, and Washington State), as well as the attorneys general of the District of Columbia and the Virgin Islands. Sixteen of the seventeen members are Democrats, while the attorney general for the Virgin Islands, Claude Walker, is an independent.

The inquisitors are threatening legal action and huge fines against anyone who declines to believe in an unproven scientific theory.

Get that now. Seventeen United States Attorney Generals want to prosecute those who choose not to believe in an unproven scientific theory.

And did we mention the one and only Al Gore announced this little climate change inquisition coalition? Yeah.

We’ve moved past freedom of speech. We’ve officially reached the point where government officials wish to take away our freedom of thought. This is a dangerous, slippery slope.

Today, climate change – tomorrow, what do you think will be off limits? Sound off in the comments below!