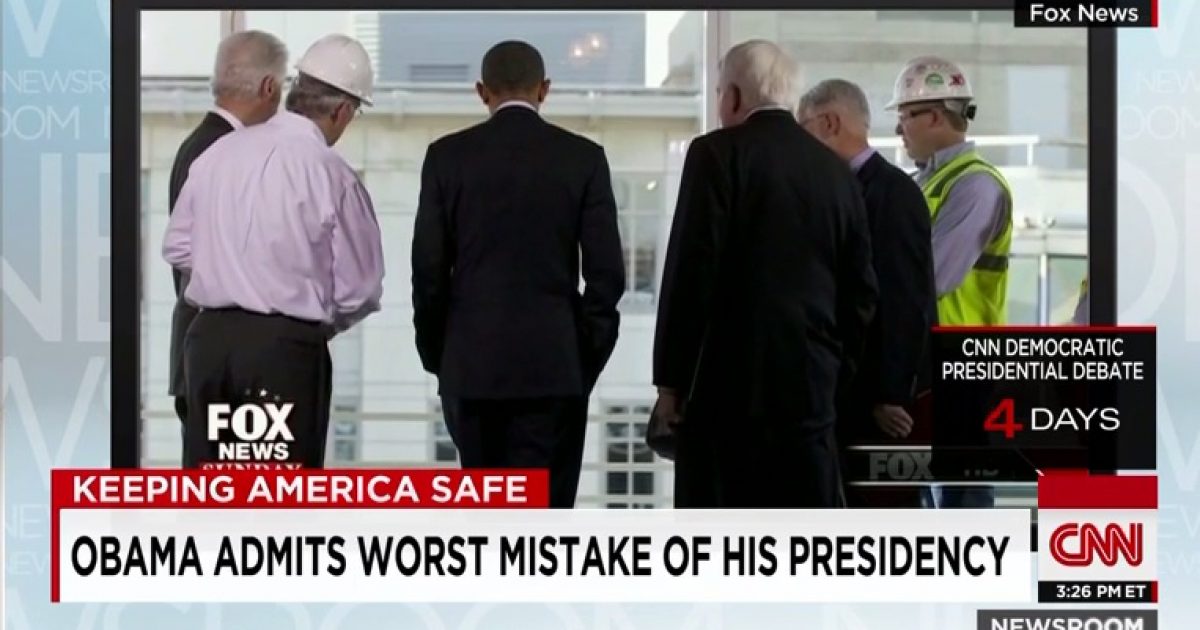 President Obama believes that the mismanagement of intervention in Libya was his #1 mistake in office. But in true progressive fashion, he found a way to blame someone else for his own failure.

President Barack Obama said the worst mistake of his presidency was a lack of planning for the aftermath of the 2011 toppling of Libyan dictator Moammar Gadhafi. “Probably failing to plan for the day after what I think was the right thing to do in intervening in Libya,” he said in a Fox News interview aired Sunday. This is not the first time in recent weeks he has talked about Libya and the NATO-led intervention which resulted in Gadhafi’s death in October of that year, months after NATO first intervened.

In a profile published last month in The Atlantic, the President told author Jeffrey Goldberg that British Prime Minister David Cameron became “distracted by a range of other things” after the operation. Cameron, along with former French President Nicolas Sarkozy, took the brunt of Obama’s criticism. Although Obama said he thinks the intervention went as well as it could, he views Libya today as a “mess.”

Privately, according to the article, he refers to the troubled state as a “sh*t show.”

So according to Obama, his biggest failure was not anticipating that David Cameron would be so “distracted” after the Libya operation. The true mark of a leader is his ability to take accountability for his own actions. Clearly, Obama will not be taking responsibility for his own legacy any time soon.