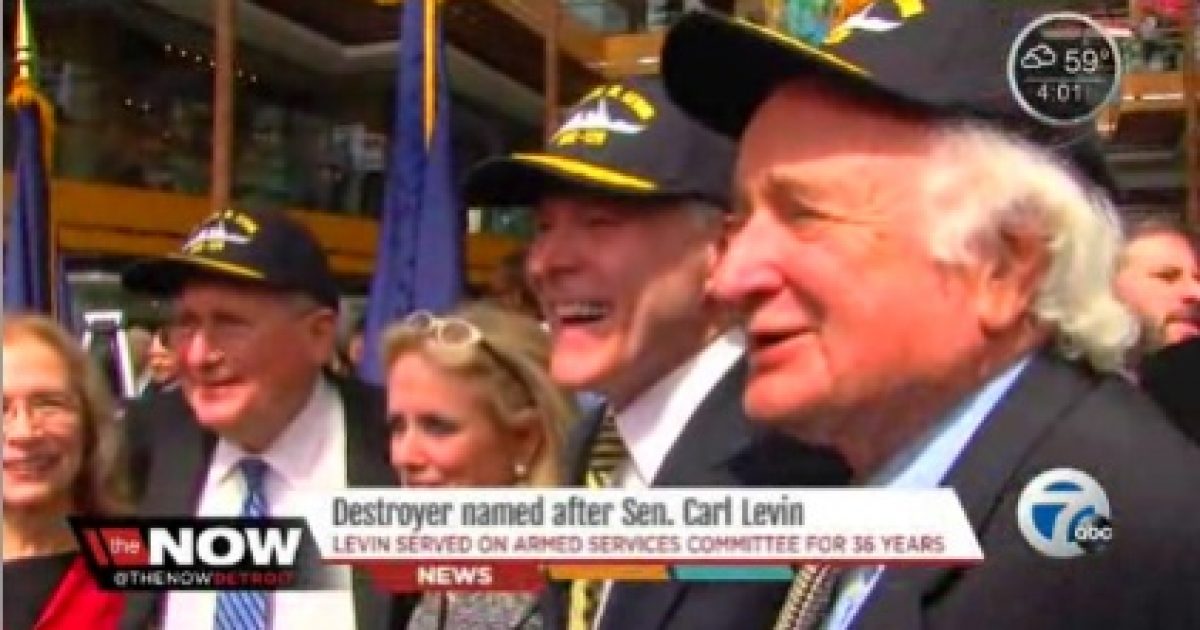 This is truly embarrassing.

Rather than honoring the men and women who risk their lives and sometimes make the ultimate sacrifice for their country, President Obama is naming Navy warships after liberal politicians.

As the Obama administration this week named another warship after a politician, a new report is circulating in Congress that shows that nearly 200 Navy and Marine Corps Medal of Honor recipients have never been awarded such an honor, contrary to naval guidelines and tradition. Navy Secretary Ray Mabus, who has named several ships after Democrats and liberal activists not connected to the military, was in Detroit on Monday to announce that an Arleigh Burke-class guided-missile destroyer will be named the USS Carl M. Levin. The Michigan Democrat served 31 years in the Senate and chaired the Senate Armed Services Committee from 2007 to 2015.

… Mr. Levin did not serve in the military.

In a new report privately delivered to lawmakers, the Congressional Research Service did an extensive examination this winter and found that, of 318 Medal of Honor recipients in the Navy and Marine Corps, 100 have had a ship named after them; the large majority of them — 186 — have not.

Are you kidding me?

We should never politicize the military, at any level. This is not the first time Obama has named warships after progressive activists or politicians, either. Our commander-in-chief is completely clueless.

We should be honoring those who actually serve our military, not those advancing bad policy from the comforts of the Capitol building.