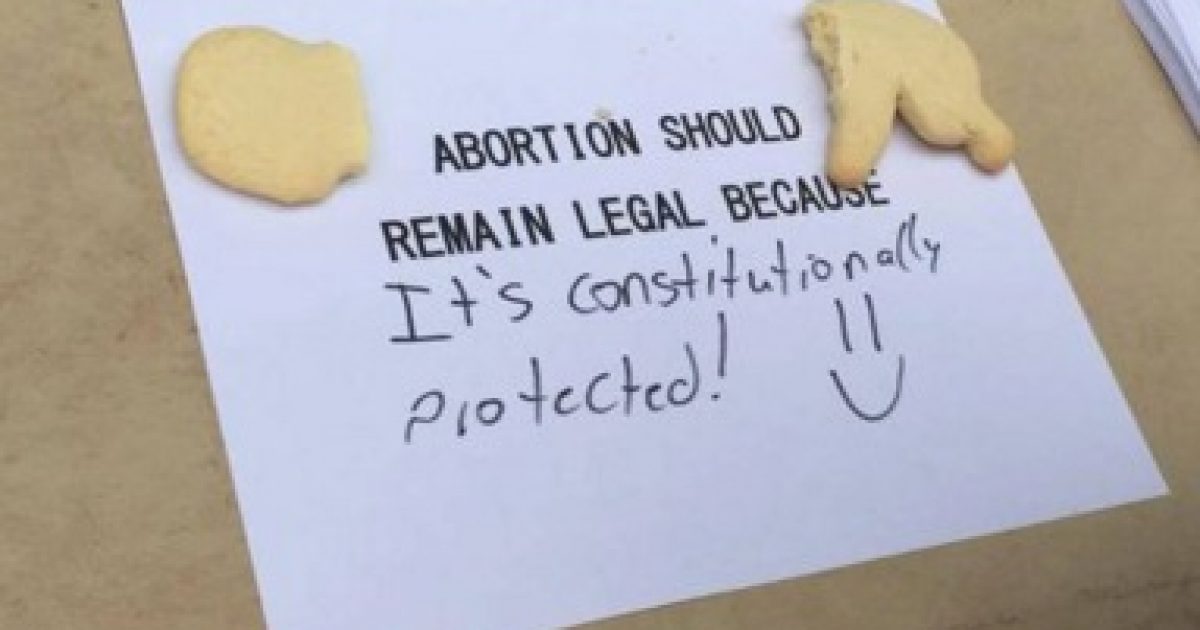 You read that title correctly.

A pro-abortion group at the University of North Georgia set up their on-campus display table to feature baby-shaped cookies. To eat. Or, just bite their heads off. Included with the snacks were papers inviting the students to complete the sentence, “Abortion should remain legal because…”

You should retweet these pictures. A pro-abortion display at UNG. Yes that's a decapitated baby cookie. pic.twitter.com/k0eUbei2pR

The College Fix reported the photos of the display received wide-spread attention on social media after conservative blogger Matt Walsh posted them on Facebook. Walsh said someone on campus told him about the display and sent the photos.

“Yes, those are cookies in the shape of babies. Carly tells me the pro-abortion folks were eating the baby cookies or breaking the heads off and laughing,” Walsh wrote. “This is dark and disturbed in ways that can’t be fully described. I’ve been saying this about the pro-abortion movement for a long time. As much as you might want to give ‘pro-choicers’ the benefit of the doubt, the fact remains that they are advocating for the murder of human children. That is an insidious, terrible, deeply evil thing.”

Georgia Right to Life appears to be the group that originally witnessed the pro-abortion students’ mockery of pro-lifers and took the photos. According to the group’s Facebook page, their volunteers also had a display on campus in partnership with the university Students for Life club. A local pregnancy resource center also set up a display.

“Pro-abortion activists: 4 white guys with baby shaped cookies and protest signs. Pro-life activists: 8 girls with free education materials and praying with students who are grieving after abortion. The contrast is so distinct it’s almost funny,” according to an April 14 post.

So, to summarize, 4 white dudes set up a pro-abortion display that featured decapitated baby cookies… while 8 girls on campus gave out educational materials and prayed with students suffering the after-effects of an abortion. Remind me again which one of these groups really cares about women?