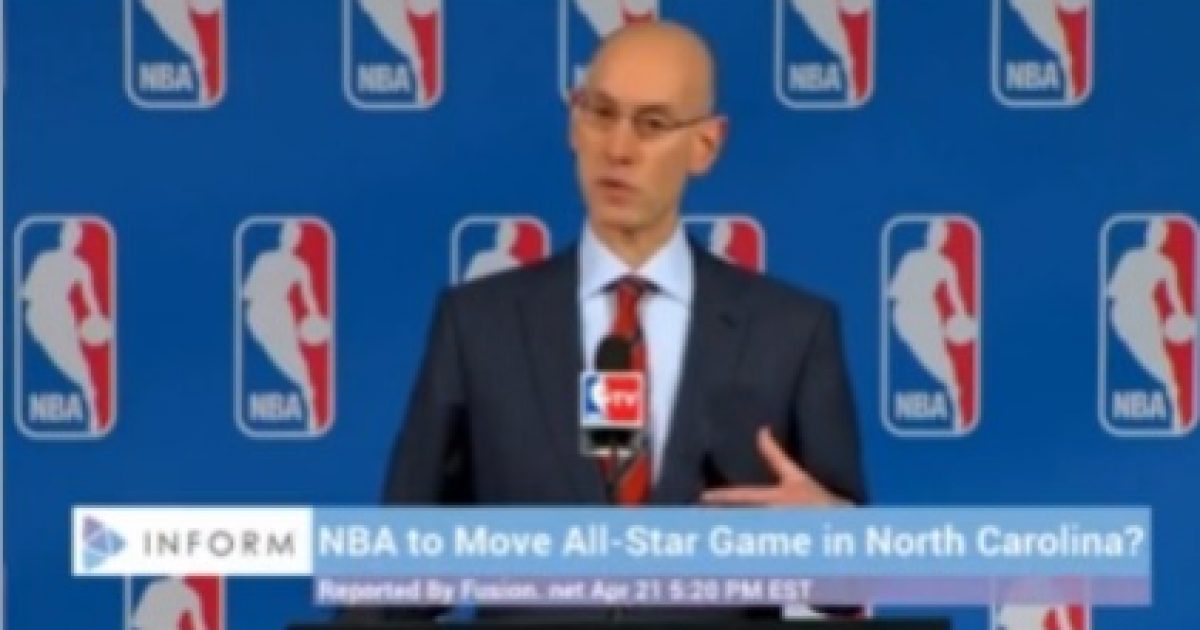 One of my favorite things about watching sports is the temporary escape from politics, which seems to be everywhere these days.

Sadly, the NBA has chosen to get political too.

According to Fox News Sports:

Commissioner Adam Silver believes the NBA has been “crystal clear” that the 2017 All-Star Game only stays in Charlotte if a North Carolina law goes. Political and business leaders he’s spoken with in the state believe it will, so he’s holding off for now on setting any deadlines for when the NBA might act. Silver said last week that the law that limits anti-discrimination protections for lesbian, gay and transgender people was “problematic” for the league, but he believed dialogue was more useful than ultimatums at this point, so has continued discussions with North Carolina officials.

…”We’ve been, I think, crystal clear that we believe a change in the law is necessary for us to play in the kind of environment that we think is appropriate for a celebratory NBA event, but that we did have some time and that if the view of the people who were allied with us in terms of a change, if their view, the people on the ground in North Carolina, was that the situation would best be served by us not setting a deadline, we would not set a deadline at this time.”

Come on, man. What on earth does the politics of public bathrooms have to do with a basketball game?

Whether or not North Carolinians should have to use the public toilet designated with their biological sex should be a debate for the state government, not the commissioner of the National Basketball Association. People buy tickets to watch basketball, not a political rally.