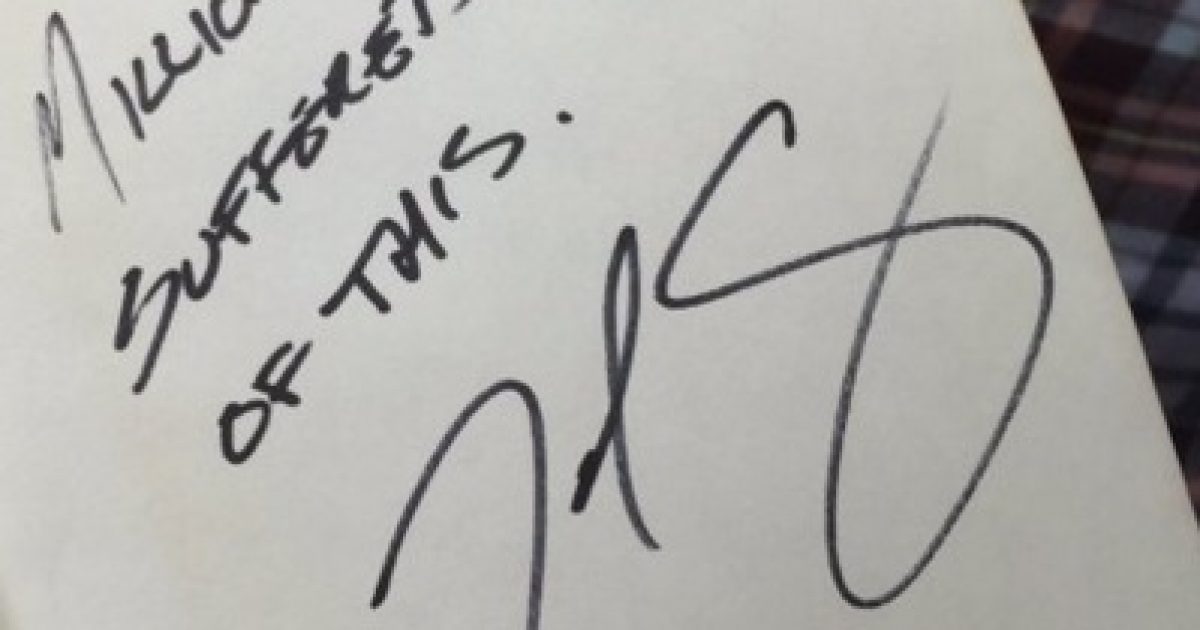 Some punk thought he could outsmart Cruz, handing him a copy of “Communist Manifesto” for the Texas Senator to sign. Undoubtedly hoping Senator Cruz wouldn’t notice what he was signing so the prankster could turn it into a viral, “LOOK WHAT TED CRUZ JUST SIGNED!” outrage piece, Cruz turned the would-be prank on its heels.

What started as a prank with a young man asking Republican presidential candidate Ted Cruz to sign his “economic textbook” ended with a serious lesson from the Texas senator, once he realized it was the Communist Manifesto the prankster was holding.

“You know what, I’ll sign it,” Cruz told the young man, who said the candidate has a “good sense of humor.”

Inside the front cover, Cruz wrote, “Millions have suffered because of this.”

A young man asked @SenTedCruz to sign a copy of the Communist Manifesto as a joke. Here's what Cruz wrote. pic.twitter.com/8VW5H2XHOb

Boom. Ted Cruz for the win!