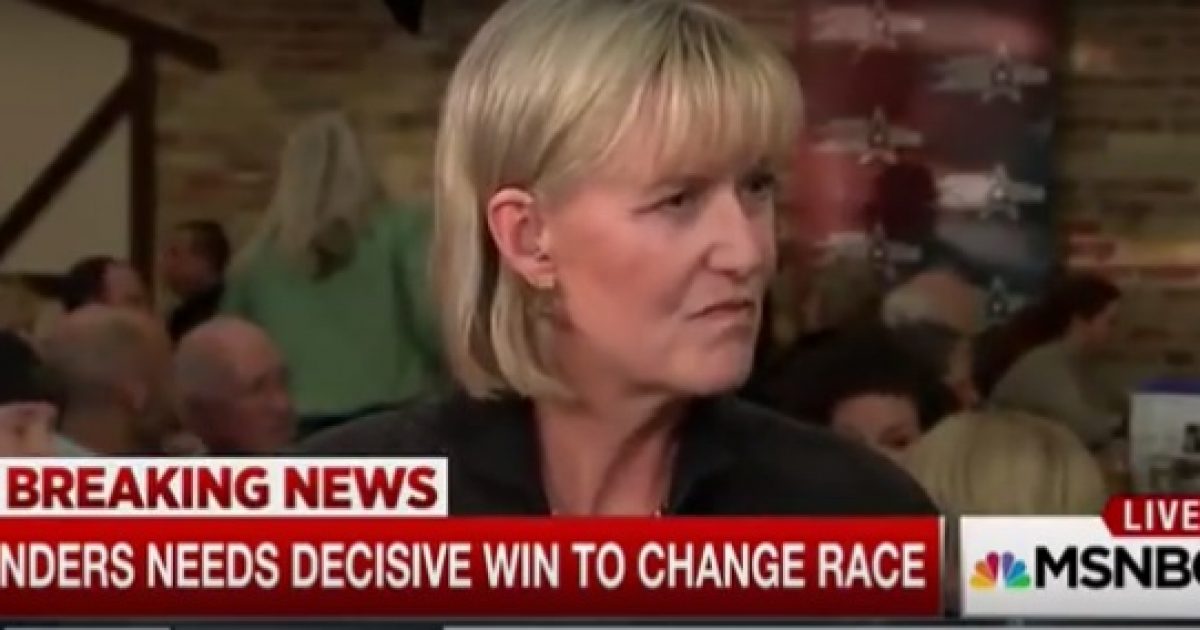 Like many other Bernie Sanders supporters, former Wisconsin lieutenant governor Barbara Lawton loves the idea of “free” education. She’s just not sure who foots the bill. In a recent interview with Chris Matthews on MSNBC, she was pushed for an answer on who pays for college tuition, if not the students.

Lawton’s answer was hard to watch, mostly because it was so bad.

“The people of the United States,” Lawton answered before Matthews interrupted and continued to dig. But Lawton’s reference to “when everyone is paying their fair share of taxes, and when we set the priorities as a nation …” wasn’t sitting right with the host.

“So you don’t know where it’s coming from?” Matthews pushed.

With that Lawton admitted, “I don’t have to right at this moment, actually.” While Lawton later noted Sanders had spoken of tapping into the financial industry for funding, Matthews seemed skeptical: “There’s no such thing as a free lunch. Somebody pays. And I think we ought to know who it is, okay?”

Bernie Sanders and his socialist promises are kind of like the kid running for class president who promises a vending machine in every classroom. It’s a great idea, but seriously….who is going to pay for it?

You can watch the embarrassing exchange here: