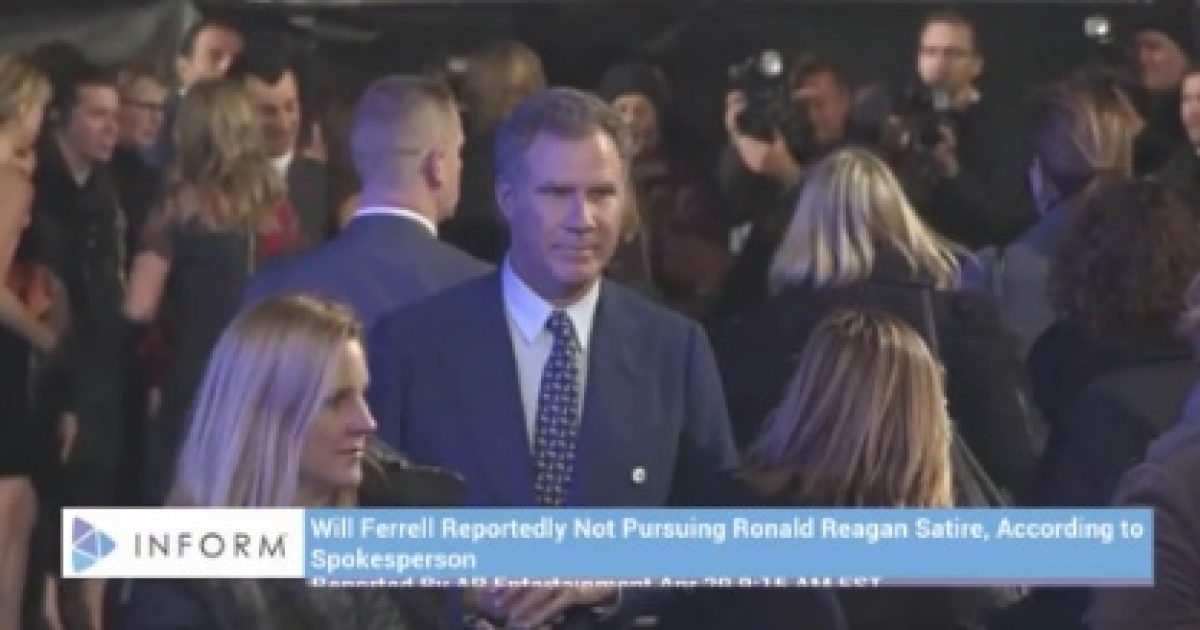 Social media exploded with outrage after the announcement that Will Ferrell planned to star in a movie lampooning former President Ronald Reagan’s Alzheimer’s disease.

Looks like the Hollywood celebrity read the tea leaves correctly, and backed out of the role.

Will Ferrell will no longer portray Ronald Reagan in an upcoming comedy about the former president during his descent into Alzheimer’s disease.

“The ‘Reagan’ script is one of a number of scripts that had been submitted to Will Ferrell which he had considered,” a Ferrell spokesman told the New York Post’s Page Six. “While it is by no means an ‘Alzheimer’s comedy’ as has been suggested, Mr. Ferrell is not pursuing this project.”

Reagan’s family has been vocal in the media against the project. Both his son Michael and daughter Patti Davis asked Ferrell to drop the role.

#Alzheimers is not a comedy to the 5 million people who are suffering with the decease,it first robs you of your mind and then it kills you

The fact that Ferrell would even consider playing the role is disturbing. It’s good to see that he finally made the right call.