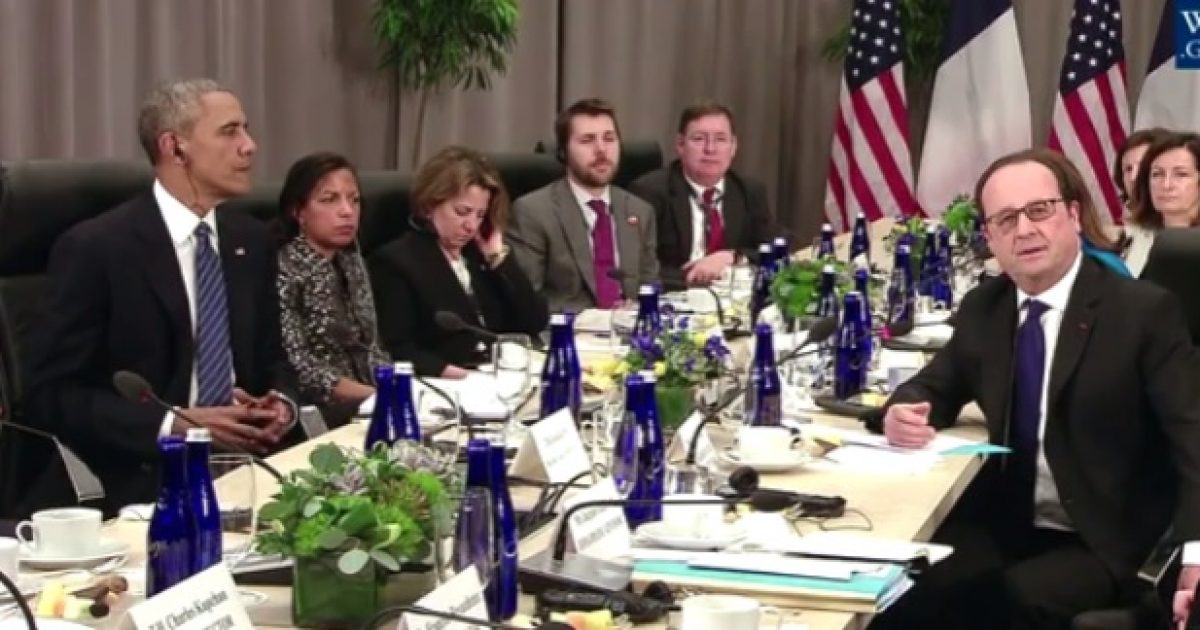 President Obama has clearly been taking too many notes from Cuba’s playbook after his big visit, because this is what real state censorship looks like.

The White House website has censored a video of French Pres. Francois Hollande saying that “Islamist terrorism” is at the “roots of terrorism.” The White House briefly pulled video of a press event on terrorism with Pres. Obama, and when it reappeared on the WhiteHouse.gov website and YouTube, the audio of Hollande’s translator goes silent, beginning with the words “Islamist terrorism,” then begins again at the end of his sentence.

“We are also making sure that between Europe and the United States there can be a very high level coordination.

The White House has taken it upon itself to put words in the mouth of other world leaders, and to literally rewrite the transcripts of history. Anybody who cares about free speech should be alarmed at this act of censorship.

MRCtv grabbed a screenshot of the full transcript of Hollande’s comments from whitehouse.gov as well (with our added red circle, for emphasis):

The White House may not have the guts to call radical Islamic terrorism by its name, but they have absolutely no right to (literally) mute the world leaders who do.