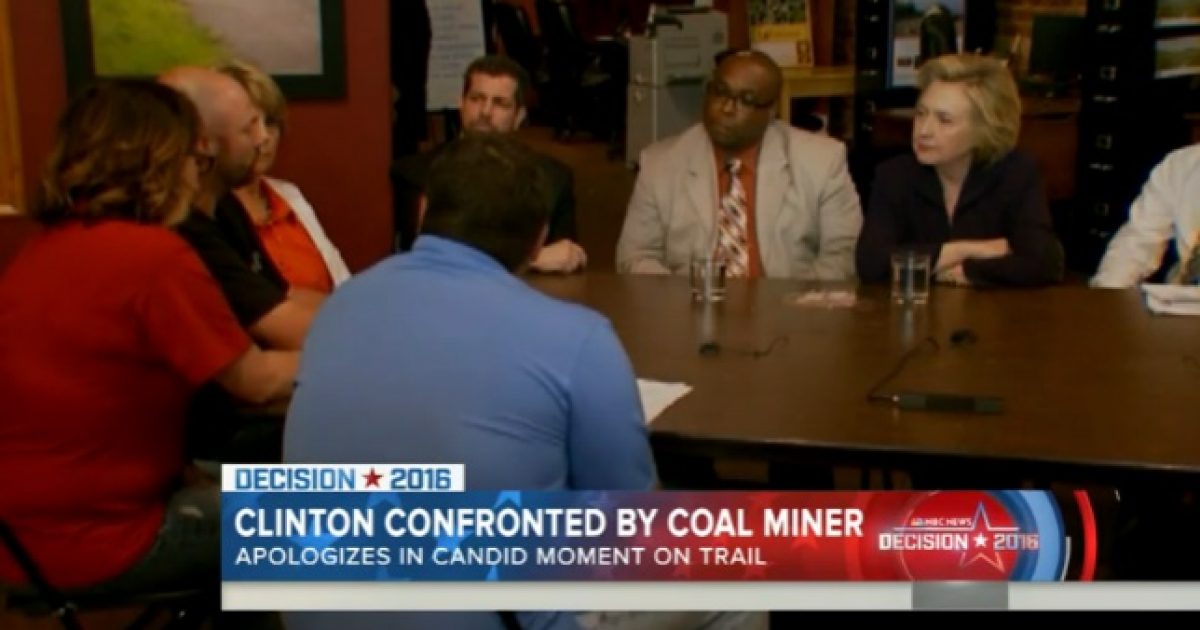 Hillary Clinton has not minced words when it comes to her support of Obama’s war on coal. Clinton told a town hall in March that if elected she would “put a lot of coal miners and coal companies out of business.”

Now that she is campaigning in West Virginia, coal miners want answers.

Bo Copley, 39, a father who recently lost his job, fought back tears as he asked Clinton “How you could say you are going to put a lot of coal miners out of jobs and then come in here and tell us how you’re going to be our friend?”

… “Those people out there don’t see you as a friend,” Copley said, referring to the crowd of West Virginians who had gathered to protest Clinton’s visit. Clinton insisted that her remarks were taken out of context, but she apologized for her “misstatement.”

“What I said was totally out of context from what I meant because I have been talking about helping coal country for a very long time,” Clinton said. “What I was saying is that the way things are going now, we will continue to lose jobs. That’s what I meant to say.”

West Virginia Governor Earl Ray Tomblin has endorsed Hillary Clinton, but voters are still skeptical of her commitment to protect West Virginia jobs. With the primary on May 10, Hillary is running out of time to convince them otherwise.