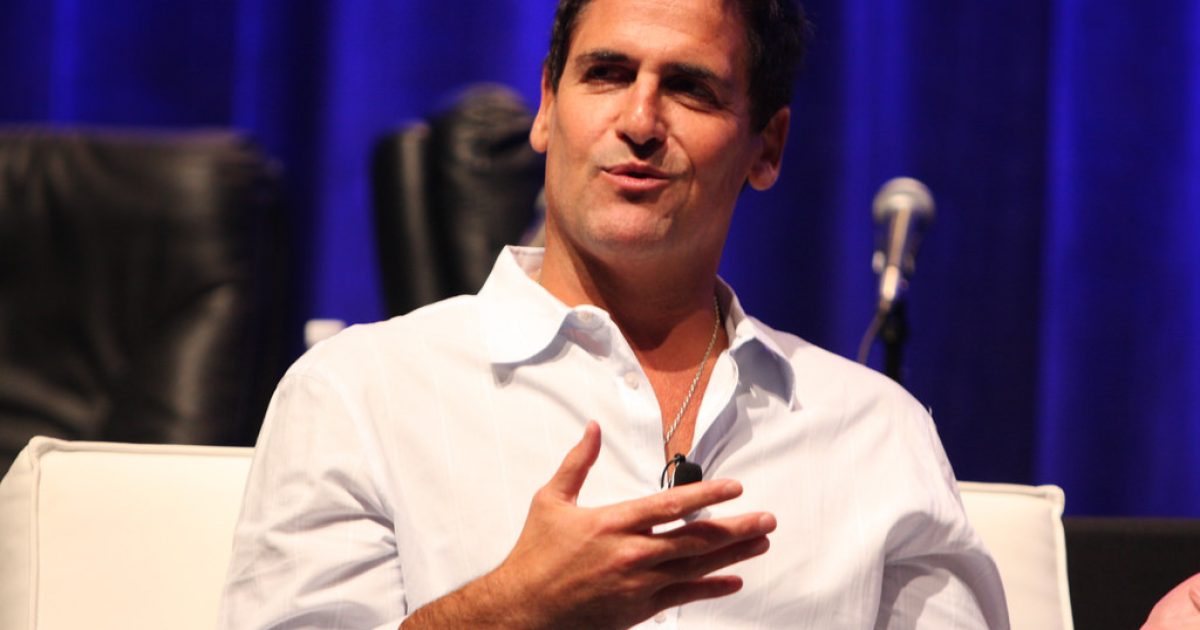 Dallas Mavericks owner and popular star of ABC’s Shark Tank, Mark Cuban is talking about presumptive GOP nominee Donald Trump again. But whereas his comments last fall were highly complimentary, saying Trump was “the best thing to happen to politics in a long, long time,” Cuban seems to have changed his tone.

“There’s that guy who’ll walk into the bar and say anything to get laid. That’s Donald Trump right now to a T. But it’s all of us who are going to get f—–,” Cuban said during an interview at theSkyBridge Alternatives (SALT) Conference in Las Vegas on Thursday night.

“We go way back, and it’s a love-hate relationship,” he said when conference organizer Anthony Scaramucci asked Cuban about the Republican presidential candidate.

He continued: “Everybody’s got that friend that you just shake your head at. He’s that guy who’d get drunk and fall over all the time, or just says dumb s— all the time, but he’s your friend.”

To be clear, this is not a literal description: Trump can be embarrassing, but he famously doesn’t drink alcohol, so he’s not likely to fall over drunk.

But that wasn’t all. Might Cuban also be making a play for Hillary’s VP spot?

Cuban also offered Hillary Clinton some advice on how to run against Trump: Get a running mate like Mark Cuban.

“I would get a vice-presidential candidate who’s someone like me who would just throw bombs at Donald,” he said. “And I would be like, ‘Donald, I like you. We’re friends, but you’re a g—— airhead.'”

Cuban praised Trump for tapping into the concerns of many ordinary Americans, but said that he did not have solutions for the problems he’s identified.

“Being empathetic is one thing, and that’s good,” he said. “But given the office he’s running for, trying to come up with a solution is even more important. And I don’t think he’s there yet.”

What do you think of Mr. Cuban’s changed tune? Is he lobbying for a spot in a potential Hillary administration. Or is there something else at play here?