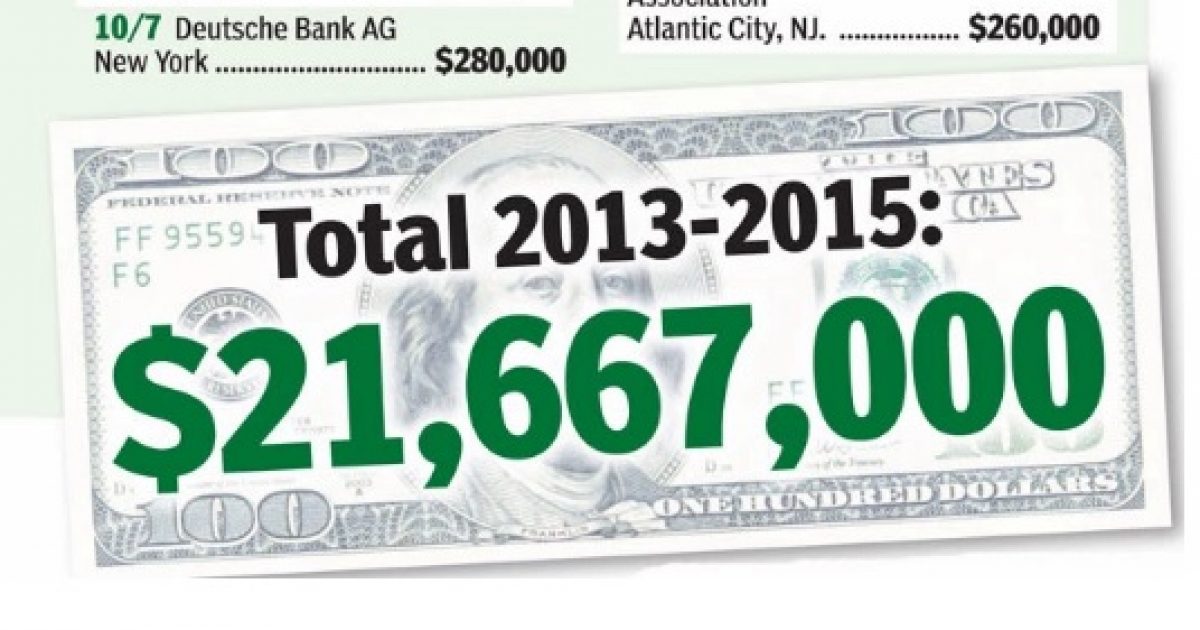 The NY Post compiled a complete list of Hillary’s corporate speaking gigs (along with their corresponding fees) between 2013 and 2015. The total will astound you.

Mandatory financial disclosures released this month show that, in just the two years from April 2013 to March 2015, the former first lady, senator and secretary of state collected $21,667,000 in “speaking fees,” not to mention the cool $5 mil she corralled as an advance for her 2014 flop book, “Hard Choices.”

Throw in the additional $26,630,000 her ex-president husband hoovered up in personal-appearance “honoraria,” and the nation can breathe a collective sigh of relief that the former first couple — who, according to Hillary, were “dead broke” when they left the White House in 2001 with some of the furniture in tow — can finally make ends meet. No wonder Donald Trump calls her “crooked Hillary.”

It makes sense. Big business loves big government, because big government has the regulatory power to pick winners and losers in the marketplace. You can bet all the Wall Street lobbyists who called Hillary to book a speech will be calling her again if she reaches the Oval Office.