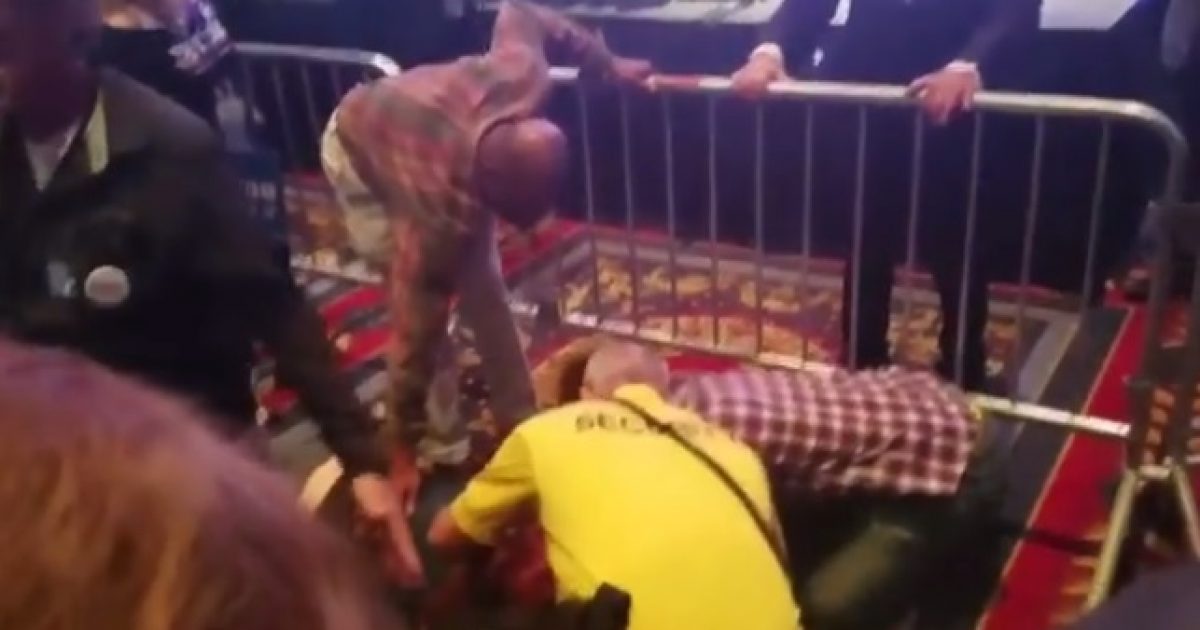 The media has been fixated on the violence and protests outside Donald Trump rallies, but here’s the real story the media almost missed: the Democrats are in the midst of a civil war all their own, and it’s getting ugly. Brawls broke out at the Nevada Democratic convention in Las Vegas, requiring police and medics on the scene.

According to the Las Vegas Sun, Bernie Sanders supporters were angry over a voice vote that employed a set of temporary convention rules as the permanent rules. They were also outraged by the count of delegates attending the convention, which they believed positioned Democratic front-runner Hillary Clinton at an advantage.

The proportion of Clinton-to-Sanders supporters in attendance ended up being 1,695 to 1,662. Though Sanders won an unexpected delegate victory in last month’s county conventions, Clinton, who won the Nevada state primary back in February, enjoyed another win Saturday. Sanders supporters in attendance Saturday demanded a recount, claiming that a number of their delegates were not represented at the convention.

TheBlaze has compiled additional social media posts documenting the threats of arrest and the chaos erupting in the room. You can view them all here.

There are no signs of Bernie Sanders or his supporters going quietly into the night. The Democratic primary continues to be a figurative -and literal- brawl.