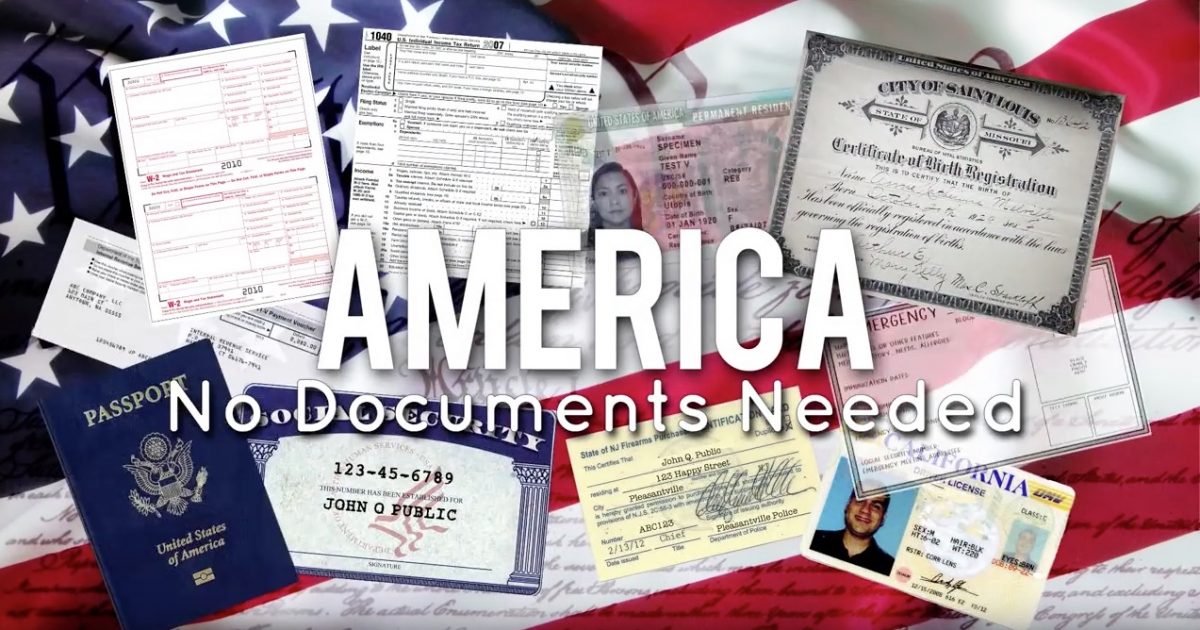 How many illegal immigrants are actually living and working within the United States? As a data-cruncher by trade, I’m saddened to have to admit the truth, which is that no one really knows for sure.

That’s not due to a lack of effort, but rather the lack of reliable data from federal, state and local governments. Without solid, reliable numbers it becomes more difficult to gauge the impact illegal immigration has had on the U.S. economy and the federal budget.

Now, a new documentary on illegal immigration put together by an organization called America Working, not only calls those estimates into question but also shines a light on what has been a bipartisan failure to secure the border and reform a broken immigration system.

Looking at the number of illegals apprehended attempting to enter the country and applying those numbers to estimates testified to on Capitol Hill, the documentary reveals as many as 70 million illegal immigrants could have crossed the border into the United States from 1987 to 2014.

These figures do not include those who benefited from the Immigration Reform and Control Act signed by President Ronald Reagan in 1986. The bill is estimated to have granted amnesty to some 3 million, though as the documentary notes some estimate that number to be upwards of 8 million.

Regardless, the untold story has been the economic impact on the American worker, an issue that has become front-and-center during the Republican nomination contest. Exit polls consistently show Republican primary voters put the economy ahead of immigration as the issue most important to their vote. But what most of the pollsters and mediaites don’t seem to comprehend is that voters see the issue of immigration as an economic issue.

Why? The data, which are examined in the documentary, tell the story.

While Democrats were quick to cheer when the Labor Department reported the U.S. recovered all the jobs lost during the Great Recession, they ignored the Bureau of Labor Statistics analysis revealing all net employment gains since the recession have gone to foreign workers. In fact, 1.5 million fewer U.S.-born Americans hold jobs today than before the recession—despite the total population of U.S.-born adults increasing by 11 million during the same period.

For workers fortunate enough to hold jobs in what has steadily evolved into a part-time economy, stagnant wages mean longer hours for smaller pay.

The Department of Commerce found that “today’s typical 18- to 34-year-old earns about $2,000 less per year (adjusted for inflation) than their counterpart in 1980.”

What has happened in the labor market since 1980?

“From 1980 through 2013, the immigrant population tripled from 14 million to more than 41 million,” according to government data cited by a report released by Alabama Sen. Jeff Sessions. “Harvard Professor Dr. George Borjas finds that high immigration flows from 1980–2000 reduced the wages of lower-skilled American workers by 7.4 percent. He further estimates that current immigration rates produce an annual net loss of $402 billion for American workers who compete with foreign labor.”

Until now, no documentary has pushed back on the narratives used by illegal immigration apologists. The open border crowd has perpetrated 1) that illegal immigration has leveled off and, 2) migrant workers take the jobs Americans aren’t willing to do.

Neither are true, whether the evidence is anecdotal or data-driven. Worth noting, immigration policy has been woefully inept at dealing with the legal flow, let alone the illegal. During the 1980s, legal immigration averaged roughly 600,000 annually. However, from 1990 to the present the annual rate has nearly doubled.

“Simply put, we have more job-seekers than jobs.”

Last week, the Supreme Court heard oral arguments in the case of United States v. Texas, where 26 states are suing the Obama administration over the president’s executive order effectively granting amnesty to an estimated four million illegal immigrants. After watching “No Documents Needed,” one would be foolish not to question that number, as well.

The case was perhaps the most important to go before the high court since the death of Justice Antonin Scalia, a prominent conservative voice who undoubtedly would have voted to affirm the two lower court decisions. The Fifth Circuit Court of Appeals in New Orleans ruled last year against President Obama and upheld a Texas judge’s injunction against the expansion of the Deferred Action for Childhood Arrivals (DACA) program.

DACA purportedly shields young illegal immigrants from deportation if their parents brought them to the U.S. as children. But what it really does is serve as a welcome mat for another potential border crisis. While no one, including myself, can definitely claim to know exactly how many illegal immigrants are currently residing in the U.S., it doesn’t take a data-cruncher to conclude massive influxes of low-skilled migrants means more pain to the American worker.

Republicans, despite contributing to the problem, have an enormous political opportunity in illegal immigration.

The Democrat Party claims to care about the poor, working and middle class, while Republicans just care about big business. No issue more exposes the Democrats’ hypocrisy than their support for an open border immigration agenda, which the documentary correctly reveals is funded by the world’s most powerful interest groups and businesses.

Their interests include fewer jobs and lower wages for American workers. If you, like me, disagree with those interests, watch and share “No Documents Needed.”

Richard Baris is the editor and senior political analyst at People’s Pundit Daily. PPD, where we report the inside story from an outside point of view, debuted as the accurate election projection model on the Internet in 2014.