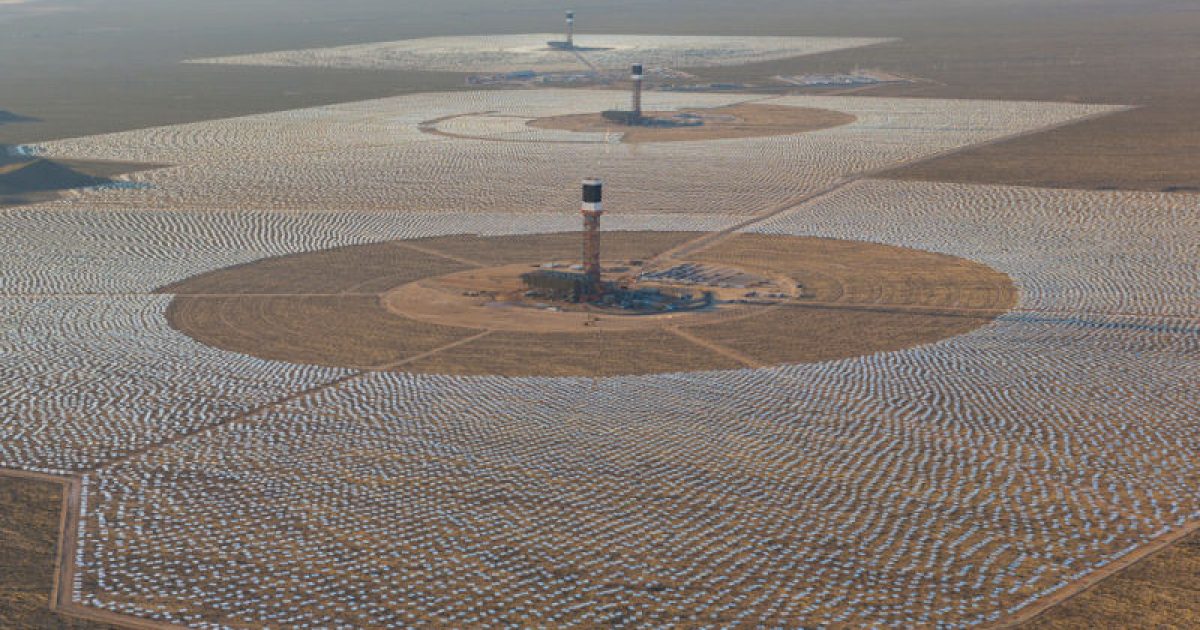 The world’s biggest solar power facility caught fire when sunlight from its mirrors reflected on wires on one of its three towers.

Misaligned mirrors are being blamed for a fire that broke out yesterday at the world’s largest solar power plant, leaving the high-tech facility crippled for the time being. It sounds like the plant’s workers suffered through a real hellscape, too.

A small fire was reported yesterday morning at the Ivanpah Solar Electric Generating System (ISEGS) in California, forcing a temporary shutdown of the facility. It’s now running at a third of its capacity (a second tower is down due to scheduled maintenance), and it’s not immediately clear when the damaged tower will restart. It’s also unclear how the incident will impact California’s electricity supply.

Putting out the blaze was not easy task, either. Firefighters were forced to climb 300 feet up a boiler tower to get to the scene. Officials said the fire was located about two-thirds up the tower. Workers at the plant actually managed to subdue the flames by the time firefighters reached the spot, and it was officially extinguished about 20 minutes after it started.