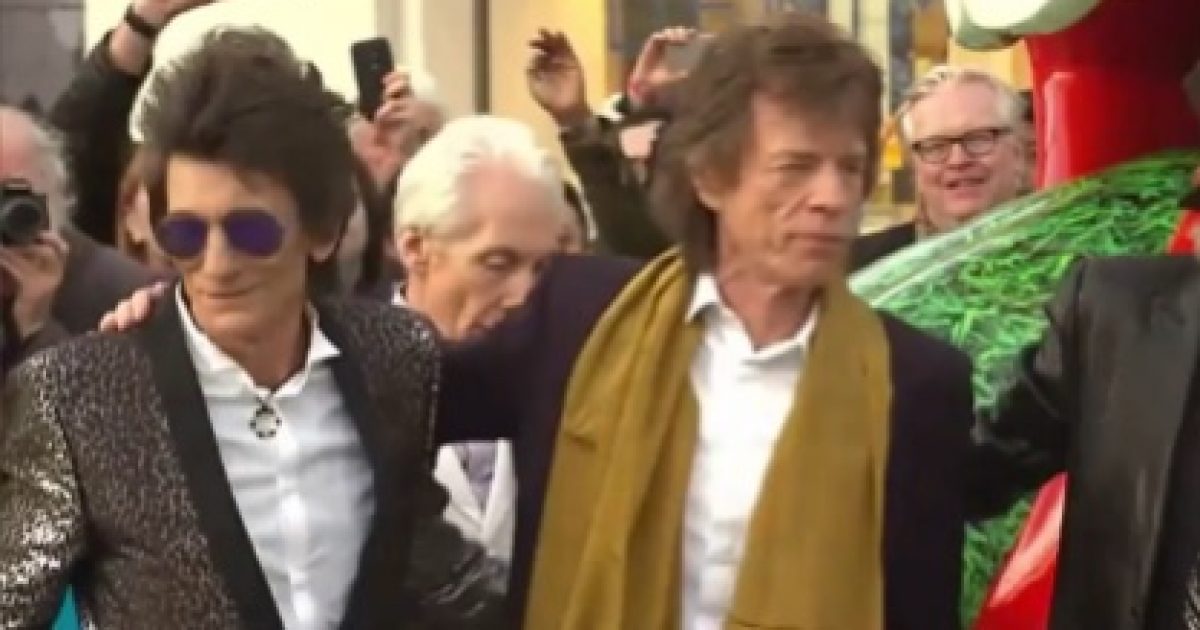 Musicians in Hollywood love to get political….. just not when it comes to Donald Trump. The Rolling Stones have put the Trump campaign on notice that they do not want the band’s songs played at Trump rallies or any other event supporting his bid for president.

“The Rolling Stones have never given permission to the Trump campaign to use their songs and have requested that they cease all use immediately,” a representative for the band said in a statement issued Wednesday, as reported by the BBC, hours after Trump took to the stage at Trump Tower to the strains of “Start Me Up.” Trump has also used the Stones standard “You Can’t Always Get What You Want” on multiple occasions at his rallies, as well as “Sympathy for the Devil” and “Brown Sugar.”

… The candidate’s playlist at one point also included Adele and Aerosmith, who both sent cease-and-desist letters with which Trump complied. After Trump played R.E.M.’s “It’s the End of the World as We Know It (And I Feel Fine),” the band’s frontman Michael Stipe — a Bernie Sanders supporter — wrote Trump asking him to stop using his music for his “moronic charade of a campaign.”

The law is actually pretty complicated when it comes to using songs for a political campaign, but the band’s main point was to get it on the record that Donald Trump does not represent the politics of The Rolling Stones.

This is not the first time a music legend butted heads with a political candidate (most famously Bruce Springsteen and Ronald Reagan).

Will Trump respond? Typically, the campaigns just quietly replace the song in question with another one, avoiding the optics of fighting with a popular celebrity. However, as this campaign cycle continues to remind us, American politics has never seen a political candidate quite like Donald Trump.