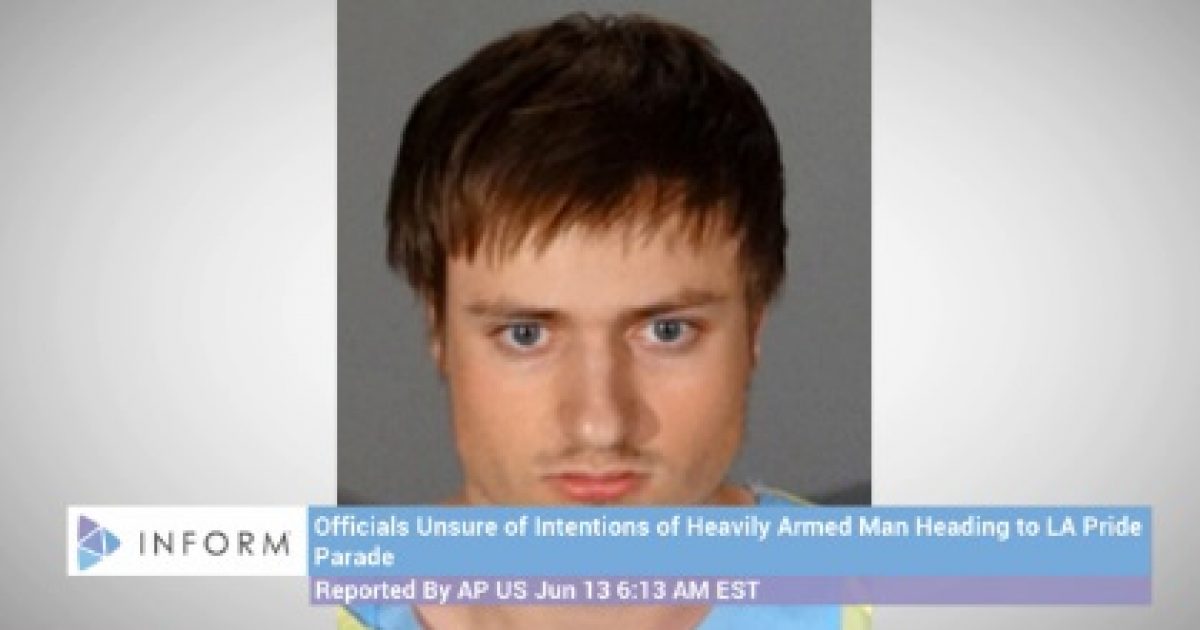 Yesterday, a second attempt at terrorism was thwarted in Los Angeles. Similar to the Orlando shooting that killed 50 civilians, the second attacker also planned to attack an event associated with [LGBT] Pride.

Just hours after the worst mass shooting in American history took place inside a gay club in Orlando, Florida, a man whose car was filled with explosive material and weapons was arrested by police early Sunday, telling them he was on his way to the L.A. Pride parade in West Hollywood.

Fortunately, law enforcement was able to catch this sicko before he could do any real damage to the Los Angeles community. Our thoughts and prayers are with the individuals and families who have been directly victimized by the violence this past weekend, and the brave men and women who serve our communities as first responders.

The parade in Los Angeles continued on like scheduled, as it should have. We cannot hide in our homes in fear of senseless acts of hate and violence. It’s time for Americans of all political affiliations to unite and condemn radical Islam.