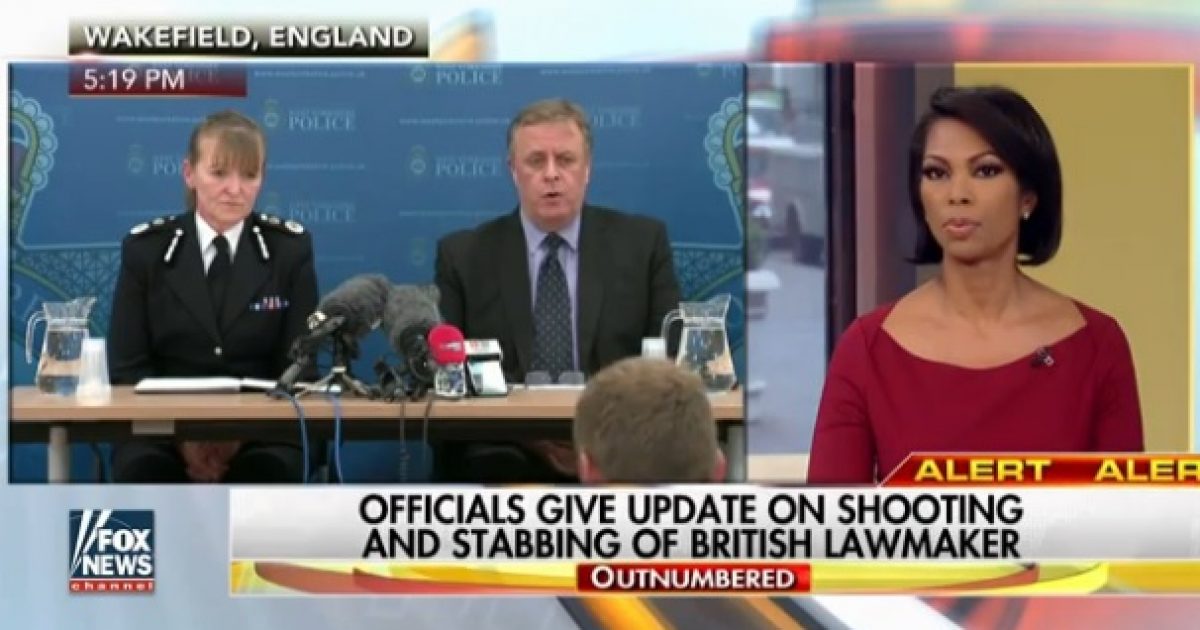 In more tragic news, a British lawmaker and mother of two has been stabbed and shot to death. The suspect appears to have taken issue with Jo Cox, who vocally opposed the “Brexit,” though his exact twisted motivations are not known.

An attacker who witnesses said shouted “Britain First” shot and stabbed a member of British Parliament Thursday near Leeds, killing her, police confirmed. Officers arrested an unnamed 52-year-old man in connection with the attack and recovered weapons, saying they were not seeking any other possible suspects. “Britain First” is a slogan commonly used by activists who support Britain leaving the European Union.

The lawmaker was identified as 41-year-old Jo Cox, a member of the Labor Party representing Batley, and a mother of two. “Somebody tried to grab [the attacker], wrestling with him and then he wielded a knife, like a hunting knife, just started lunging at her with a knife half a dozen times,” Clarke Rothwell, the owner of a nearby cafe in Birstall, told the BBC. “He was stabbing her with a footlong knife multiple times while shouting Britain First, Britain First, Britain First,” Rothwell told The Telegraph.

The death of Jo Cox is a tragedy. She was a committed and caring MP. My thoughts are with her husband Brendan and her two young children.

What a senseless and brutal tragedy. While people on each side of the Brexit debate are already politicizing the death, our thoughts and prayers are with Jo Cox’s husband and children.