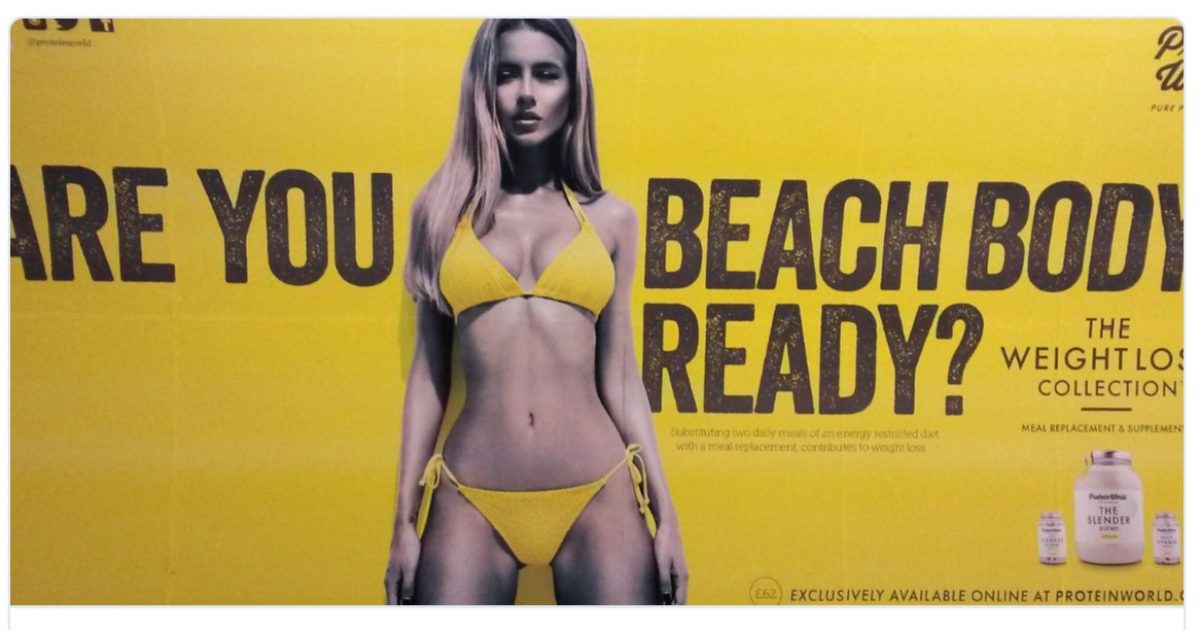 Freedom is never lost overnight… it happens a little bit at a time.

London has been on a slow creep towards government censorship, the latest incident involving advertisements on public transportation.

“As the father of two teenage girls, I am extremely concerned about this kind of advertising which can demean people, particularly women, and make them ashamed of their bodies. It is high time it came to an end,” Khan said.

The mayor added, “Nobody should feel pressurised, while they travel on the Tube or bus, into unrealistic expectations surrounding their bodies and I want to send a clear message to the advertising industry about this.”

It shouldn’t be the government’s job to “send a message” to the advertising industry. Not only is censorship an abuse of power, but the ban itself is very vague and subjective. It sets a dangerous precedent that the government gets to control the flow of information in a society. There’s a word for that- it’s called propaganda.

No one's confidence or body image should be undermined by ads on our transport system. I've strengthened @TfL policy https://t.co/AJ7qYDQW0T

The only thing Mayor Sadiq strengthened is his stranglehold around free speech.