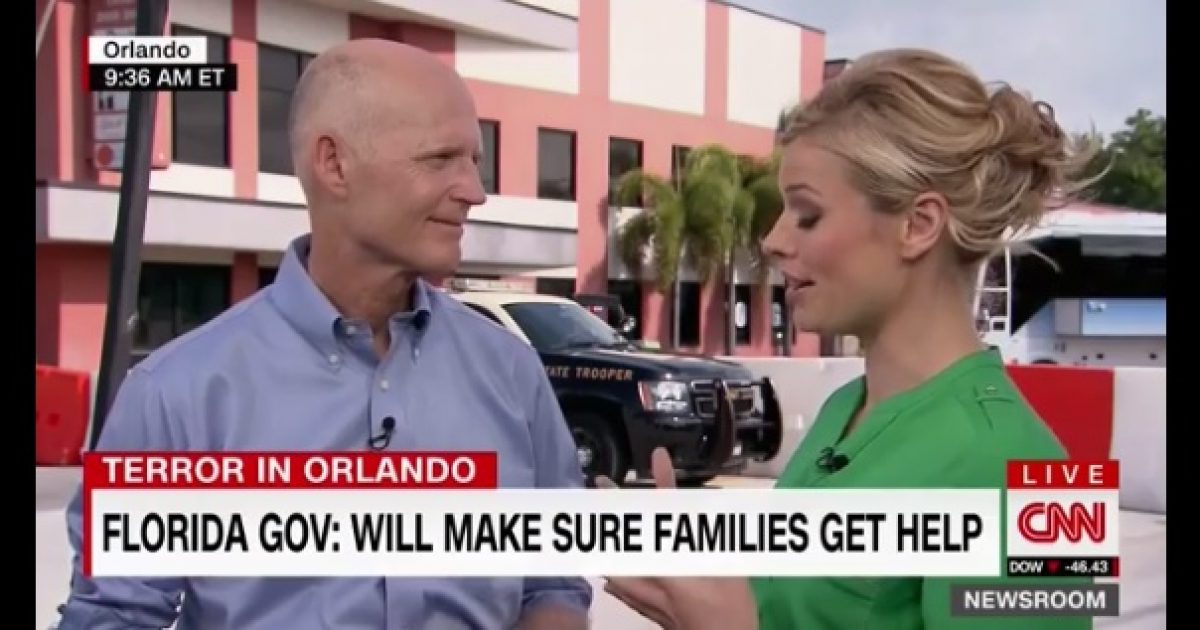 Even by progressive standards, this is so disrespectful and tacky. In an interview with CNN, network host Pamela Brown asked Florida Governor Rick Scott if he “can accept any responsibility” for the Orlando terrorist attack because of Florida’s gun laws.

Watch the exchange below:

A CNN host on Friday repeatedly shifted an interview with Florida Gov. Rick Scott (R.) on the Islamic State-inspired terrorist attack on a gay Orlando nightclub away from terrorism to discuss gun control instead, even asking if Scott himself could be responsible for the attack because of his state’s gun laws. Pamela Brown continued to press Scott about Florida’s gun laws and if he is now willing to reconsider his stance on gun control after meeting with families of the victims.

“President Obama has been very outspoken against gun control opponents, and he said he dares them to meet with the victims and see if that doesn’t change their views on gun control. Has it changed your views at all – this experience, meeting with the victims, and the fact that it’s easier to walk out with an AR-15 in the state of Florida than a handgun?” Brown asked.

“Nobody would think that anybody on a terror watch list should have a gun, right? We all can agree that we don’t want somebody who’s going to do something like that to be walking around with any weapons. But the Second Amendment didn’t kill anybody. This is ISIS. This is evil. This is radical Islam,” Scott responded.

Let me straighten this issue out right now for CNN….. because clearly they are confused.

Governor Scott handled the insulting question gracefully and intelligently, and with a lot more patience than I would have had for someone trying to blame me for a terrorist attack. Shame on Pamela Brown.