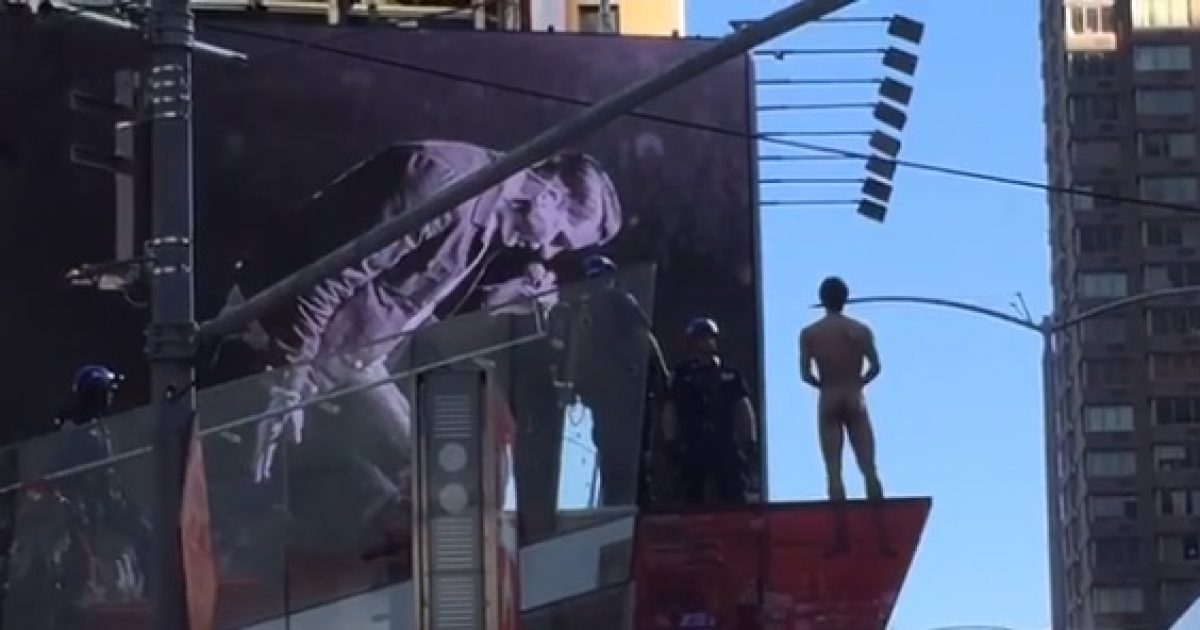 The iconic Times Square “Naked Cowboy” has some competition.

A man screaming “Donald Trump where are you!” turned Times Square into an open air peep show Thursday morning — ambling to the top of the red staircase in Duffy Square completely naked–putting on a bizarre one-hour show, and then jumping off.

Witnesses first spotted the man on 47th Street near Rockefeller Center before he took off west toward Times Square and climbed to the top of the TKTS booth at Seventh Avenue at about 8 a.m., shouting obscenities. The man demanded a meeting with GOP’s presumptive presidential nominee, who has a scheduled appearance in New Hampshire later today.

“Donald Trump where are you, Donald Trump where the f– are you?!” he shouted from a ledge on top of the stairs, 16 feet above the Times Square pavement. …  As police tried to talk him down, the man blew kisses to the crowd, performed a chicken dance and crudely taunted officers – grabbing his privates and shaking his backside at New York’s Finest.

The Post obtained some video of the incident, but beware! It contains nudity. Because, you know. Naked guy.

No word yet on who the naked guy plans to vote for in the 2016 election…..