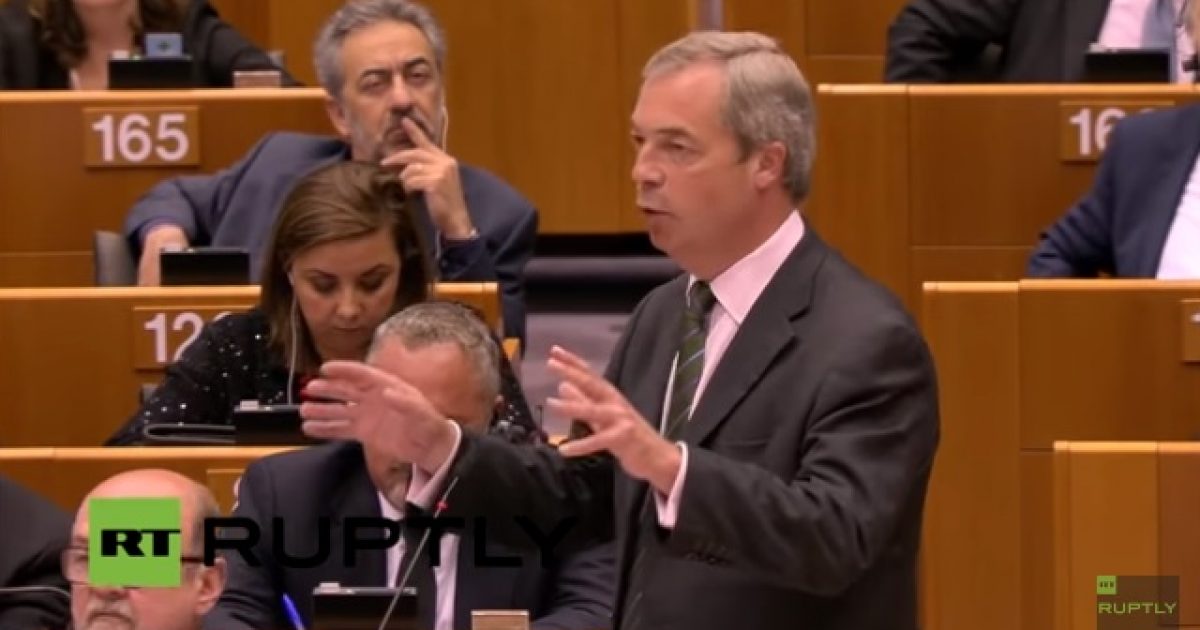 Nigel Farage (a longtime advocate of the Brexit) did not let the loud boos from the European Parliament deter him from saying “I told you so.”

“When I came here 17 years ago and I said that I wanted to lead a campaign to get Britain to leave the European Union, you all laughed at me,” [Farage] said. “Well I have to say, you’re not laughing now, are you?”

Farage told MEPs that the reason they are “so angry” is “perfectly clear.”

“You, as a political project, are in denial,” he said. “You’re in denial that your currency is failing. … Just look at the Mediterranean.” When members began booing in disagreement, Farage sarcastically added, “No, no, no — as a policy to impose poverty on Greece and the rest of the Mediterranean, you’ve done very well.”

Farage later openly mocked members of European Parliament, telling them they have never held a “proper job,” ran a business or actually created a job.

A must-watch video of his speech is posted here:

We need more straight-talking politicians like Farage in Washington, DC.

When you are getting booed by the elitist governing class, who think their opinions matter more than the will of the people, you are doing something right.