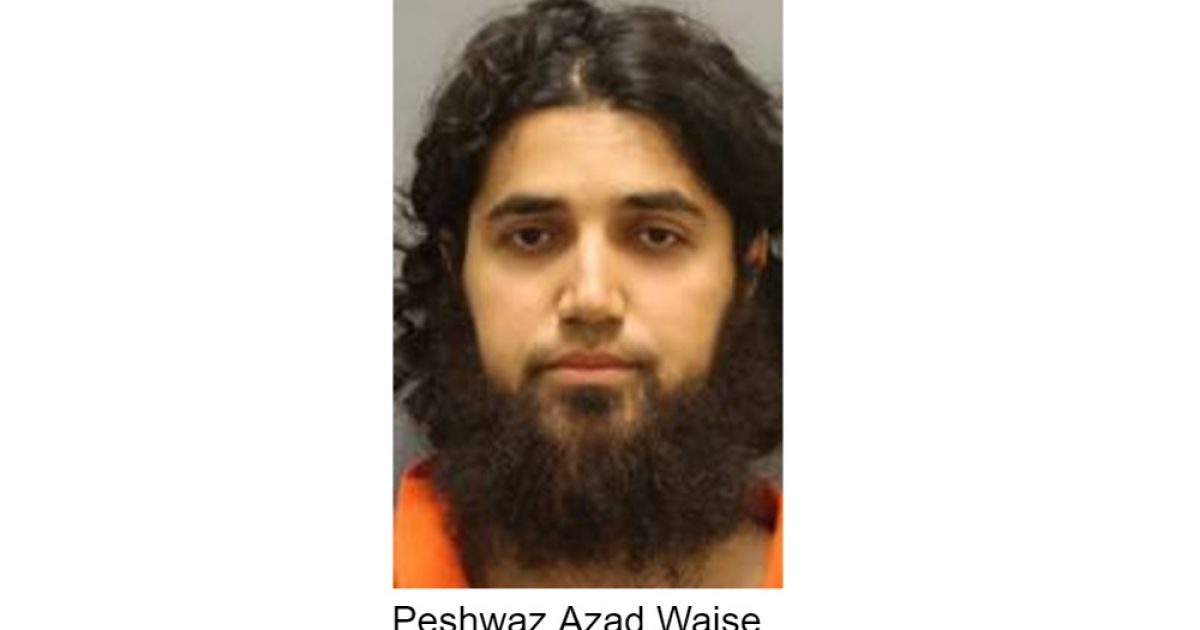 A Muslim man was arrested in Denton, Texas for allegedly making terroristic threats in multiple locations.

According to the Denton Record-Chronicle:

The Denton Police Department issued this news release on the arrest of Peshwaz Azad Waise this morning:

… Denton police were responding to a call for service last night. While in transit to the location, responding officers were contacted by 28 year old Peshwaz Azad Waise. He was speaking irrationally and making comments about God and Allah.

… Sometime later, Peshwaz showed up at the Center for Women at 207 N. Bonnie Brae. He went inside and began insisting they take the Koran from him. He told them to give the Koran to the chaplin or chapel “or die.” He left prior to law enforcement arriving. Peshwaz later arrived at the Denton County Court House at 1415 E. McKinney. He went inside and was stopped at the security checkpoint. He told security officers he was “the King.”

Sheriff’s Office deputies were summoned and they escorted him outside the building. While being detained, Peshwaz became agitated and said, “I’m imposing the death penalty (on the officers who were dealing with him.)” He later told them, “Anybody who touches me is going to bleed.”

Peshwaz is currently in police custody. This was a clearly mentally disturbed man who chose the wrong week to be intimidating his neighbors.