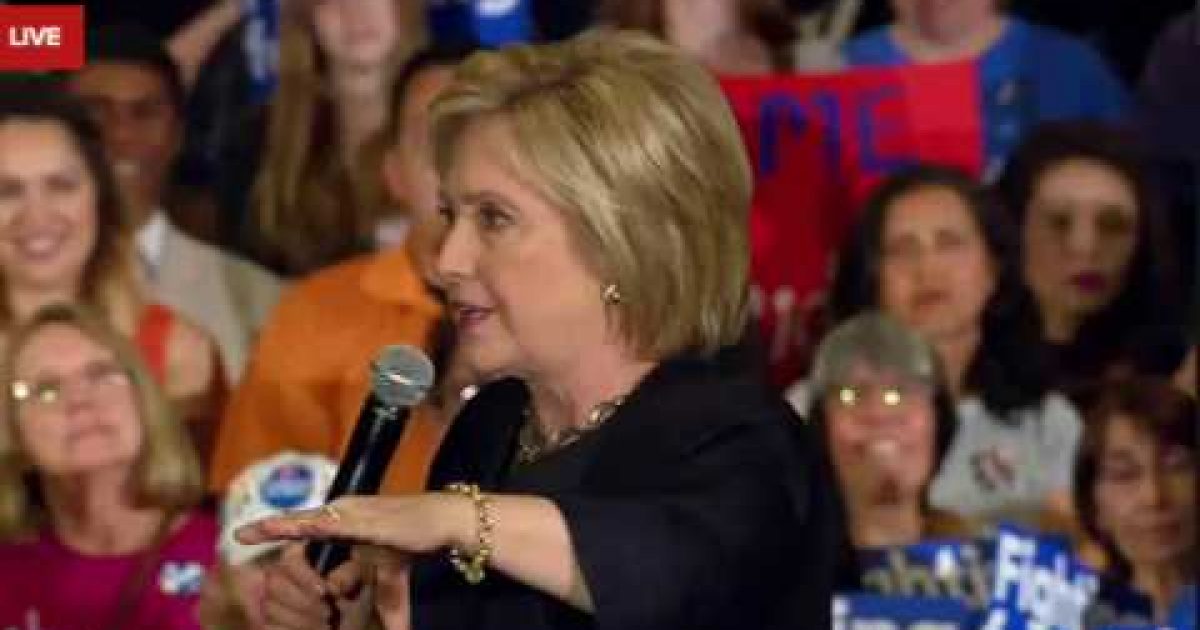 The Clinton political machine is the gold standard when it comes to political hypocrisy. While they talk a big game about fighting terrorism and taming Wall Street, the Clinton’s have accepted tens of millions of dollars in foundation donations and personal speaking fees.

Earlier this week, Hillary Clinton harshly criticized three countries for directly funding terrorists who are actively seeking to attack the United States and Western Europe. The governments of this trio of nations have contributed between $16 million and $40 million to the Clinton Foundation.

Clinton sharply denounced the three countries — Saudi Arabia, Kuwait and Qatar — in a speech in Cleveland on Monday. It was her first public speech after Saturday night’s terrorist massacre at a gay nightclub in Orlando, Fla.

Who is Hillary Clinton? It depends on the room she is standing in. That’s the problem with career politicians, they are masters at saying and doing whatever the donors and voters need to hear. Hillary Clinton’s policy agenda is bought and paid for, plain and simple.