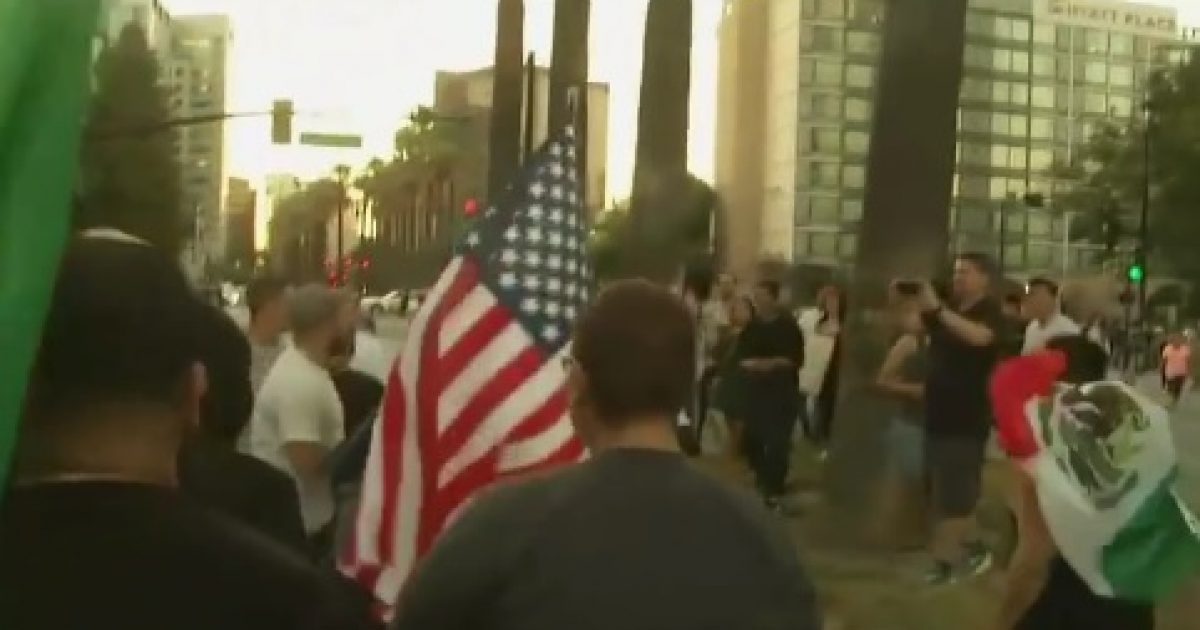 No matter what you think about Donald Trump as a candidate, what happened in San Jose last week should be denounced by all Americans. Rioting has never solved problems and never will.

And despite the media’s narrative to the contrary, what’s happening at Trump rallies aren’t protests. They’re riots. Don’t let any one tell you different.

As the National Review noted at,

Thursday’s bloody evening in San Jose, during which Trump supporters were pelted with eggs, vegetables, and bottles; had their “Make America Great Again” hats stolen and in some cases burned; and were punched or beaten. San Jose is the latest in a series not of anti-Trump “protests” but of riots — the distinction seems to be lost on these courageous opponents of “hatred” and on their defenders in the media and elsewhere. San Jose’s Democratic mayor, Sam Liccardo, suggested that it was “irresponsible” of Trump even to come to the city — or, put another way, Trump was wearing a short skirt, ergo . . . Apparently, any means justify anti-Trump ends.

For those in need of a First Amendment refresher course, the distinction between protests and riots is simple: To object to candidates with words of political dissent (i.e., not incitement to violence), and to peaceably assemble in order to propagate those words, are constitutionally protected rights; to destroy property and commit assault are not. Those are crimes, which should be prosecuted vigorously.

This is the predictable result of, among other things, a society beholden to the notion of “safe spaces” and “violent rhetoric,” academic nonsense that seeks to erase the bright, bold line between talking about throwing a punch and actually throwing one. The confusion of hostile speech with literal violence threatens our ability to engage thoughtfully and humanely with each other in pursuit of common goals. It threatens the entire business of republican politics.

Trump is not Hitler, and America is not on the threshold of a Reich. His opponents still have at their disposal all the tools of democratic persuasion, if they are so inclined to use them.

The rioters at Trump rallies aren’t protesting, and it’s time we stop legitimizing their malicious actions with political correctness. Rioting has no place in American life or politics.