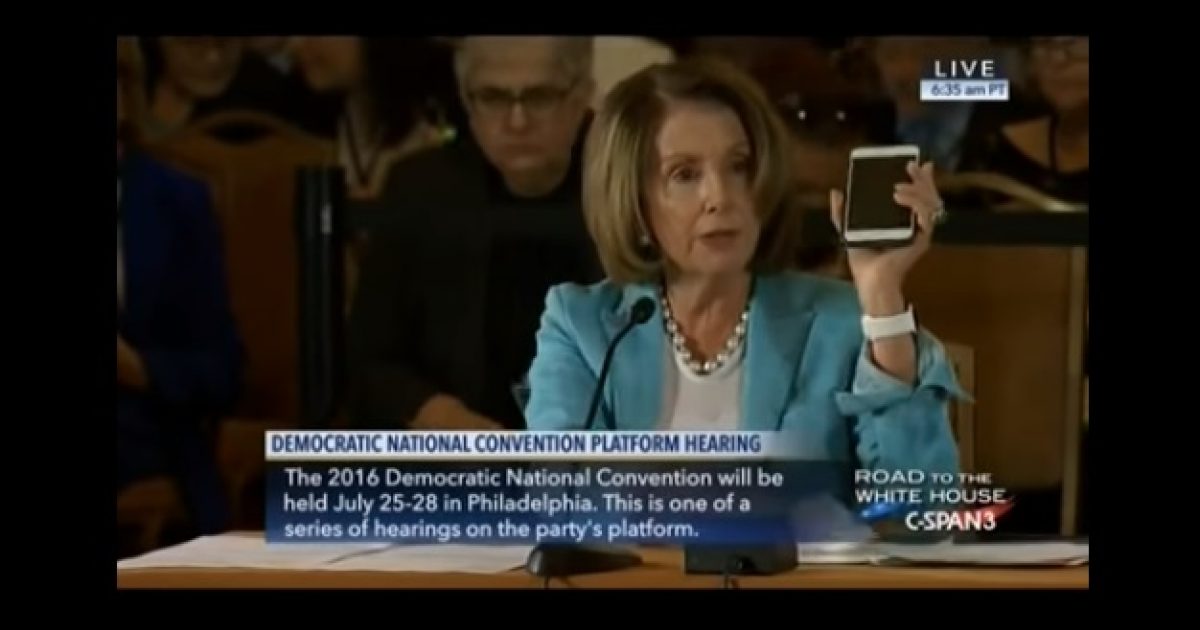 According to Nancy Pelosi, innovators like Steve Jobs were simply bearing the fruits of the government’s labor. Without the federal government, Pelosi believes that Apple could not have created the iPhone.

She actually believes this. She is not kidding.

“Anybody here have a smartphone?” Pelosi asked an audience at a Democratic National Convention Platform hearing in Washington, D.C. Pelosi then held up an iPhone for everyone to see, telling those in the room, “In this smartphone, almost everything came from federal investments in research.” She then listed elements of the iPhone that various parts of the government have contributed to in certain ways.

“The list goes on and on. If you want to learn more, look at the Association for the Advancement of Science in America, and they have the full list,” Pelosi said. “They say Steve Jobs did a good idea designing it and putting it together. Federal research invented it.”

This is just more of the progressive “you didn’t build that” mindset.

Rep. Pelosi is so far separated from reality, it’s hard to believe she is still holding public office.