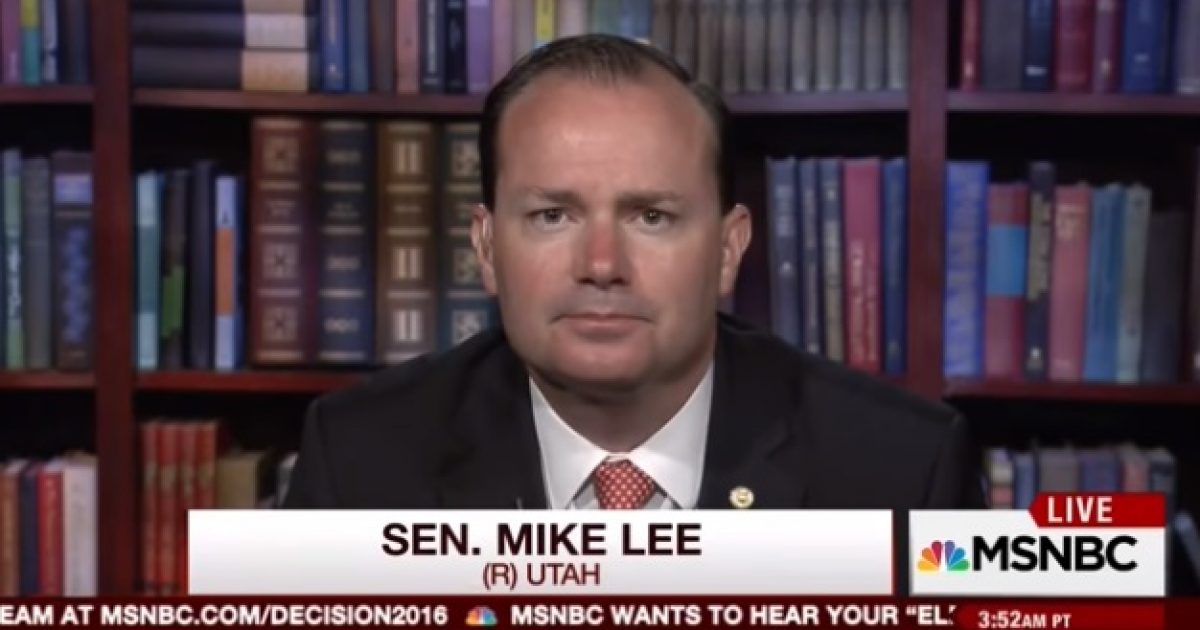 Sen. Mike Lee (R., Utah) and MSNBC host Joe Scarborough ripped the vociferous American critics of the “Brexit” decision to leave the European Union on Tuesday, saying they were hypocrites. Scarborough noted in the midst of his interview on Morning Joe that Lee was one of the few public American supporters of the vote to leave the EU.

“What they’ve experienced in the past few years that convinced them to make this change last week was the fact that they were subject to a large, distant, centralized power,” Lee said. “A centralized power that was becoming increasingly intrusive and increasingly bureaucratic. Bureaucratic in the sense that there were laws that were foisted upon the people that were developed by unelected, unaccountable, distant bureaucrats.”

Watch video of the exchange here:

Senator Mike Lee (R-UT) was one of the only Republicans brave enough to vocally support the Brexit before the vote occurred. Good on Senator Lee for pointing out the hypocrites who argue for individualism at home, while applauding collectivism abroad.