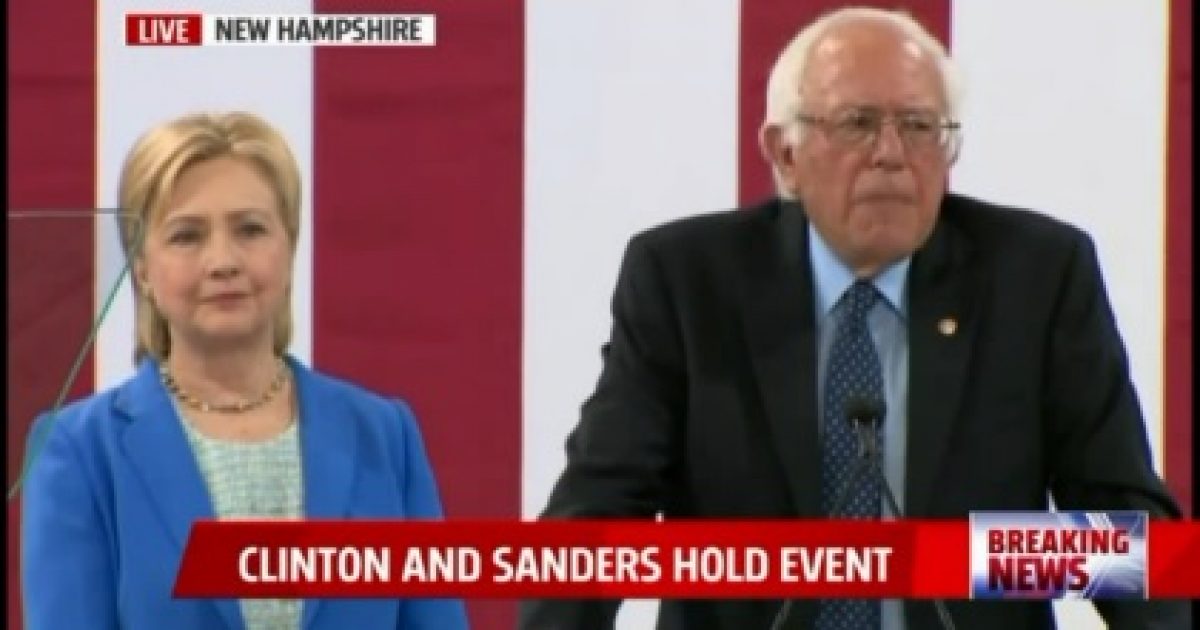 Bernie Sanders finally crumbled under the political pressure and endorsed Hillary Clinton for President of the United States. Sanders did not look particularly happy to endorse Hillary at her New Hampshire rally, though in fairness, he never looks too happy about anything.

Hillary Clinton and Bernie Sanders formally declared an end to their political rivalry Tuesday, joining forces to take on a shared enemy: Donald Trump. “I have come here to make it as clear as possible why I am endorsing Hillary Clinton and why she must become our next president,” Sanders said at a joint rally here. “Secretary Clinton has won the Democratic nomination and I congratulate her for that.”

The 74-year-old self-described democratic socialist, who has been a thorn in Clinton’s side over the last year, pledged his support to his former rival: “I intend to do everything I can to make certain she will be the next president of the United States.” Clinton, speaking after Sanders, declared: “We are joining forces to defeat Donald Trump!”

It’s not clear yet whether or not Bernie’s fans will support Hillary, or whether they will view his endorsement as a sell-out. Bernie supporters may vote “against Trump,” but it’s hard to imagine socialist idealogues ever enthusiastically voting for Hillary Clinton.

Bernie Sanders may not have been politically successful, but he did move many of Clinton’s policy positions to the left on issues like trade and education. The DNC platform will undoubtedly be more radical because Bernie Sanders ran for president.