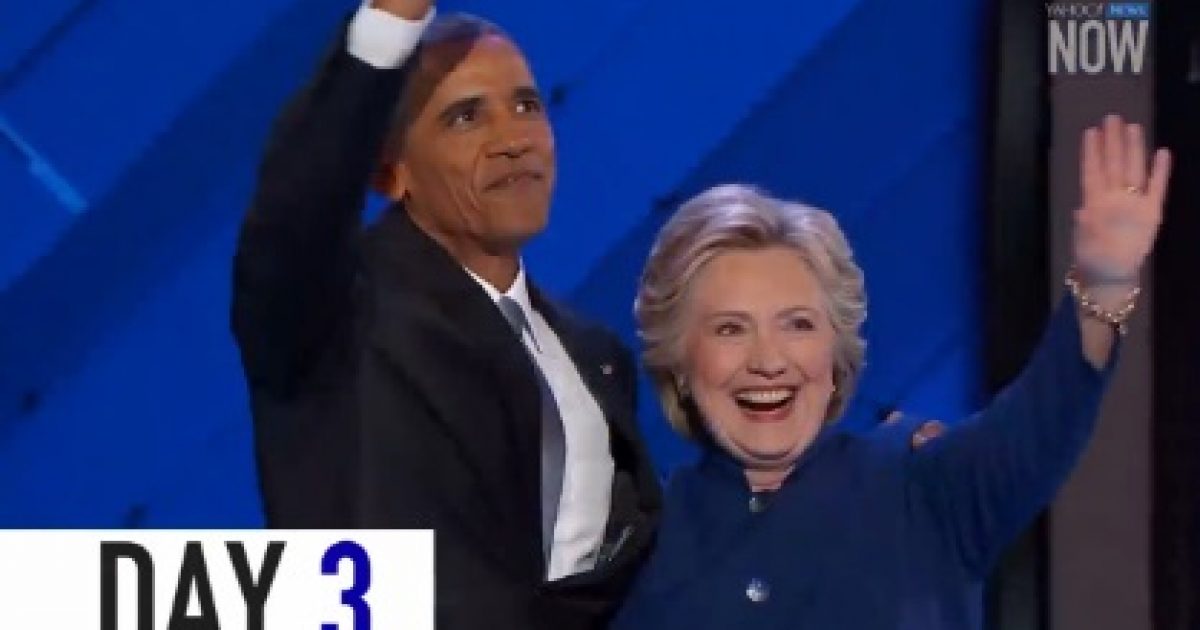 President Obama took the stage last night to talk about Hillary Clinton running for President of the United States- or so we thought.

Throughout the speech, Obama mentioned himself 119 times.

Addressing the Democratic National Convention on its penultimate night to lay out the case for Hillary Clinton’s 2016 presidential campaign, President Obama began by recalling his political debut at the 2004 Democratic National Convention. He then described how his family has become so well known to America in the intervening years. He spoke of his time in office, how the presidency has physically aged him, but how his daughters euphemistically note he now looks more “mature.”

He spoke of everything he is proud to have achieved — passing ObamaCare, expanding clean energy production, reducing consumption of foreign oil, passing the Iran deal, bringing troops home, killing bin Laden. He spoke of how inspired he’s become meeting Americans of all stripes. He spoke of his optimism. He spoke of the values he imparted from his family. If it’s starting to sound like Obama talked a lot about himself, that’s because he did. In total, we counted 119 times Obama referred to himself during his speech ostensibly about Hillary Clinton.

Barack Obama has to keep the topic on himself, because he has nothing to show for his 8 years in office other than blunders, scandals, and mismanagement.