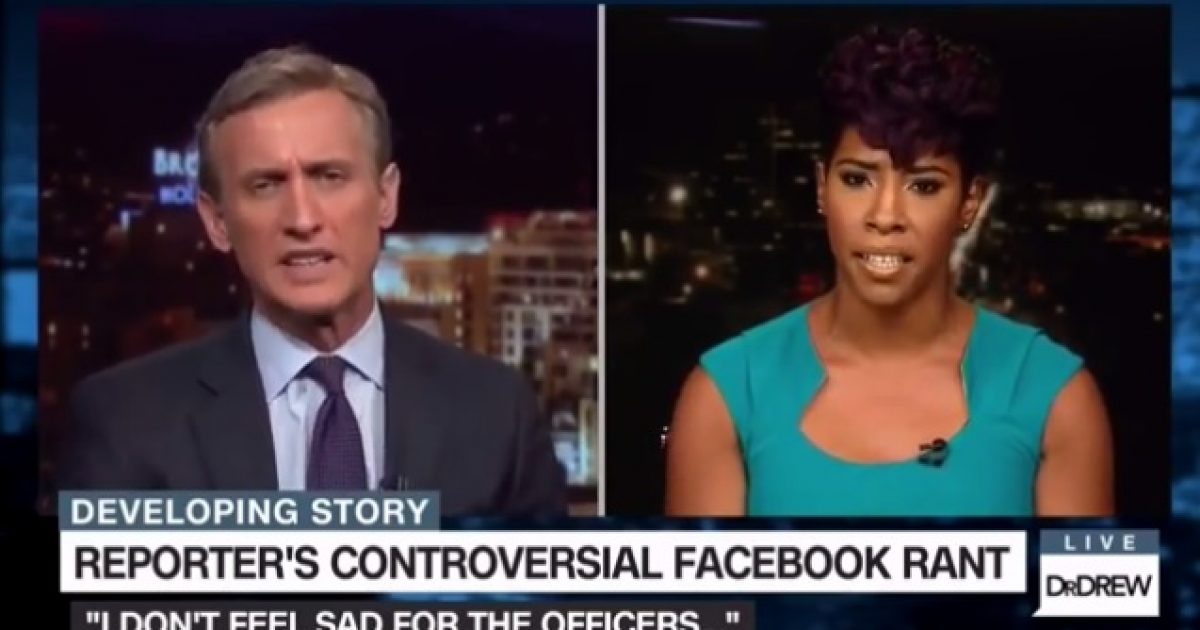 A so-called psychologist named “Spirit” got it terribly wrong on the Dr. Drew show, when she compared the Dallas shooter to a kid who finally “knocked the bully down.”

A television segment covering controversial remarks made by former Miss Alabama Kalyn Chapman James turned into a fiery exchange of opposing viewpoints when a guest compared the Dallas shooter to a kid who finally punches the playground bully. A psychologist, known as “Spirit,” defended James’ description of Dallas shooter Micah Johnson as a “martyr.”

“Pretend like this is daycare or elementary school and there is a bully that is kicking your butt every single day that you go to class,” she said. “And finally, after you getting your butt kicked so many times, somebody rushes in and knocks that bully down.”

“Dr. Drew” guest host Dan Abrams was visibly stunned by the comparison and pushed back with considerable force. But even when pressed, Spirit was defiant in her view. “You can only get slapped around but so many times and turn the other cheek,” she said.

These police officers did nothing wrong. They were assassinated because of the color of their skin. How is that different from any other kind of racism?

This is the evil of collectivism. When people like Spirit start to characterize an entire group of people by the actions of one, everybody suffers.

Watch the heated exchange below: