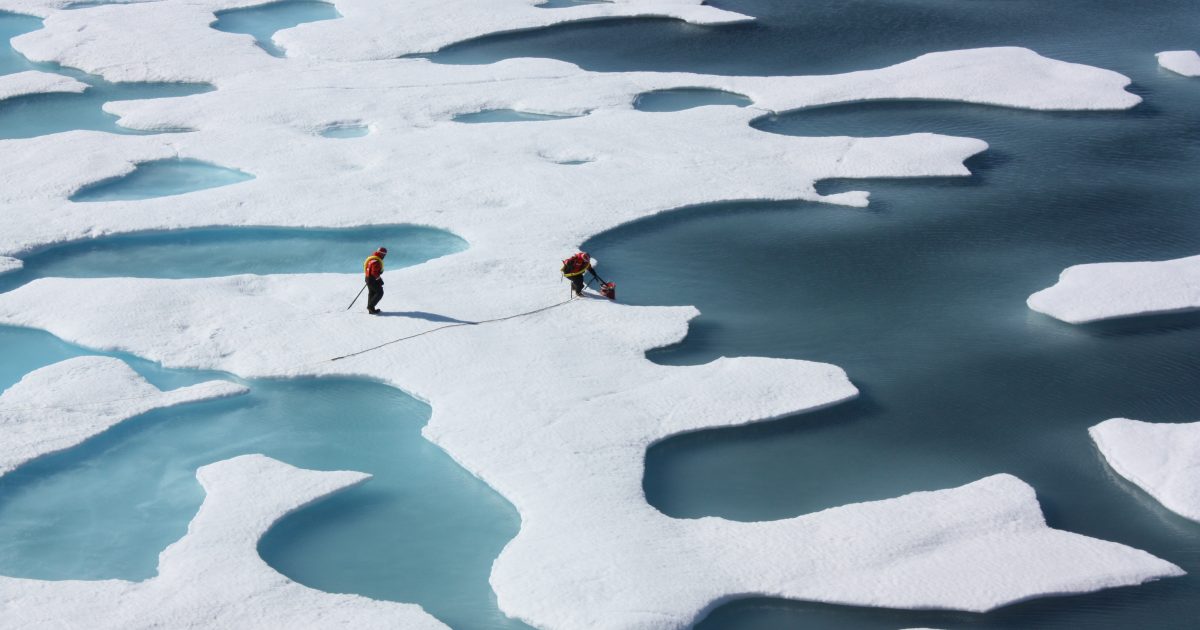 The Polar Ocean Challenge traveled to the North Pole to measure the (presumably) devastating effects of global warming. Because, science and stuff. But it turns out there was just a little more ice than they were anticipating. Or a lot. Make that a lot. So much ice that their ship got stuck near Murmansk, Russia!

As reported by Breitbart,

The group aimed to show “that the Arctic sea ice coverage shrinks back so far now in the summer months that sea that was permanently locked up now can allow passage through.”

Despite their best intentions to show that the ice is melting and the temperature at the pole is higher than normal, the group has only been confronted with the exact opposite as ice continues to block their path.

The global warming expedition expected to be able to sail all around the Arctic Ocean through the Northeast and Northwest Passages because they assumed the ice would be gone, but they have been stymied because ice blocks most of the route they planned to take.

Perhaps we can revert to back to the global cooling phenomena now? Or should we just stick with the all encompassing (so the narrative can never be wrong) “climate change”?