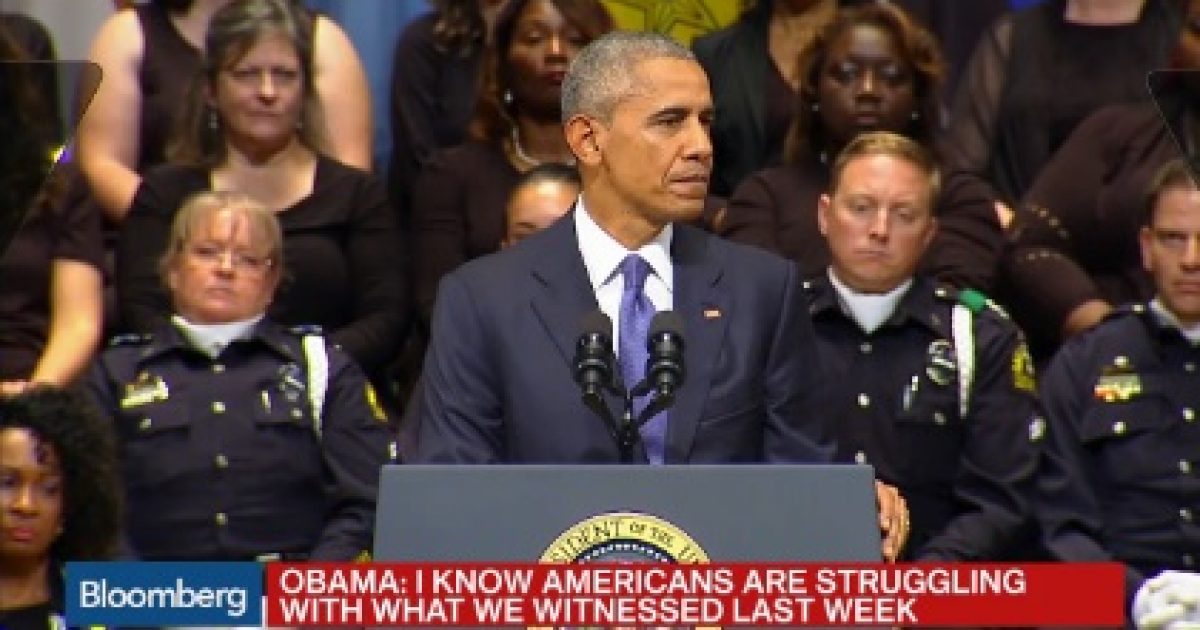 As if he couldn’t sink any lower, President Obama used the memorial service for the slain Dallas police officers as an opportunity to lecture law enforcement.

Obama praised the slain officers and sharply criticized any who would paint all police as bigoted or seek violence against them. Yet he also acknowledged the very real fear and pain among black Americans who feel targeted and brutalized by police. “We ask police to do too much and we ask too little of ourselves,” Obama said during his 40-minute remarks, which capped an emotional service just a mile from where the five officers were killed last week.Even as he spoke of unity, there were still tangible signs of a rift between protesters and police. Obama was interrupted by applause when he spoke in a concert hall filled with law enforcement officials about those officers killed last Thursday, but the families of those officers did not clap when he spoke about the “Black Lives Matter” protests or invoked the killings in Minnesota and Louisiana.

…Obama continued: “We wonder if an African American community that feels unfairly targeted by police and police departments that feel unfairly maligned for doing their jobs, can ever understand each other’s experience.” But while Obama said he knew words could be inadequate at prompting lasting change, noting that he has “spoken at too many memorials during the course of this presidency,” he also tried to call for better understanding on both sides.

Speaking directly to police and protesters alike, Obama urged law enforcement to see “that insisting we do better to root out racial bias is not an attack on cops, but an effort to live up to our highest ideals.” And he also urged those demonstrating to “guard against reckless language going forward.” Ultimately, Obama said that “bias remains” in America, and that “when African Americans from all walks of life … voice a growing despair over what they perceive to be unequal treatment,” and give their children “the talk” about how to respond when stopped by a police officer, this is not something that should be “dismissed by those in authority.”

The President is unfit to heal the wounds of racial tension in the United States, because he played a major role in creating the racial division in the first place.

President Obama, save your political speeches for the campaign trail. A memorial service is a place to mourn the loss of a loved one and to celebrate the life and legacy of that person. It’s not a focus group for you to test justice reform rhetoric.