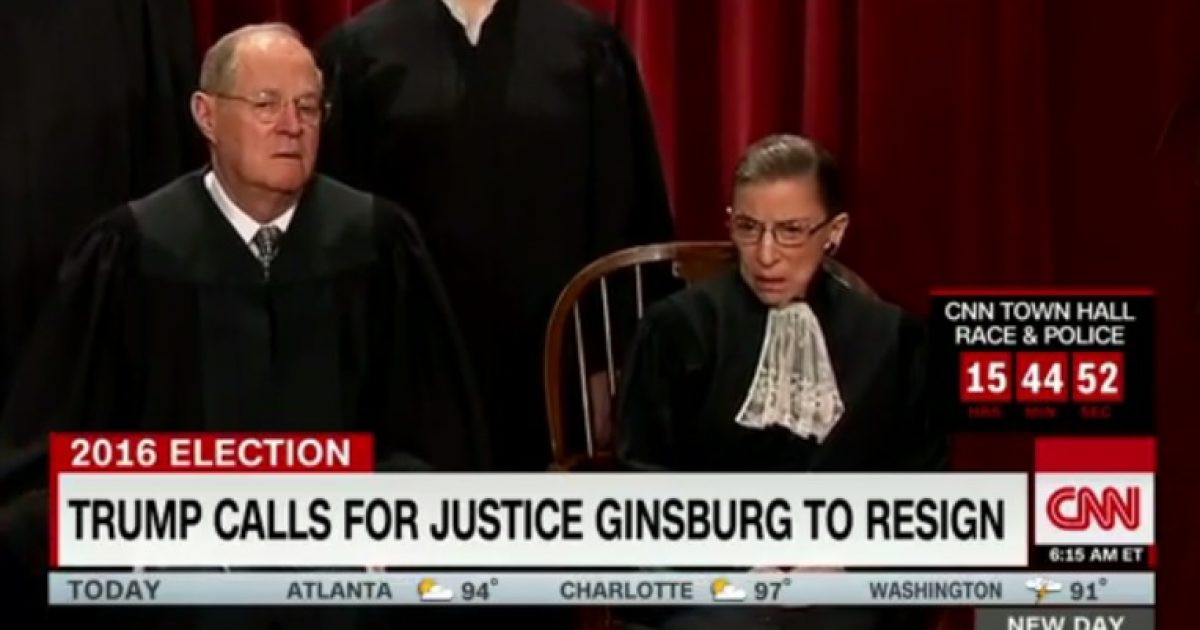 The Supreme Court is not supposed to be a political organization, it’s supposed to be the highest federal court in the United States with an unbiased commitment to upholding the Constitution.

According to CNN, “RBG” is starting to give her two cents about the 2016 presidential election:

Supreme Court Justice Ruth Bader Ginsburg’s well-known candor was on display in her chambers late Monday, when she declined to retreat from her earlier criticism of Donald Trump and even elaborated on it.

“He is a faker,” she said of the presumptive Republican presidential nominee, going point by point, as if presenting a legal brief. “He has no consistency about him. He says whatever comes into his head at the moment. He really has an ego. … How has he gotten away with not turning over his tax returns? The press seems to be very gentle with him on that.”

As expected, Donald Trump did not let the comments go unanswered.

Justice Ginsburg of the U.S. Supreme Court has embarrassed all by making very dumb political statements about me. Her mind is shot – resign!

I wonder what Trump’s new nickname for Justice Ginsburg will be….. any guesses?