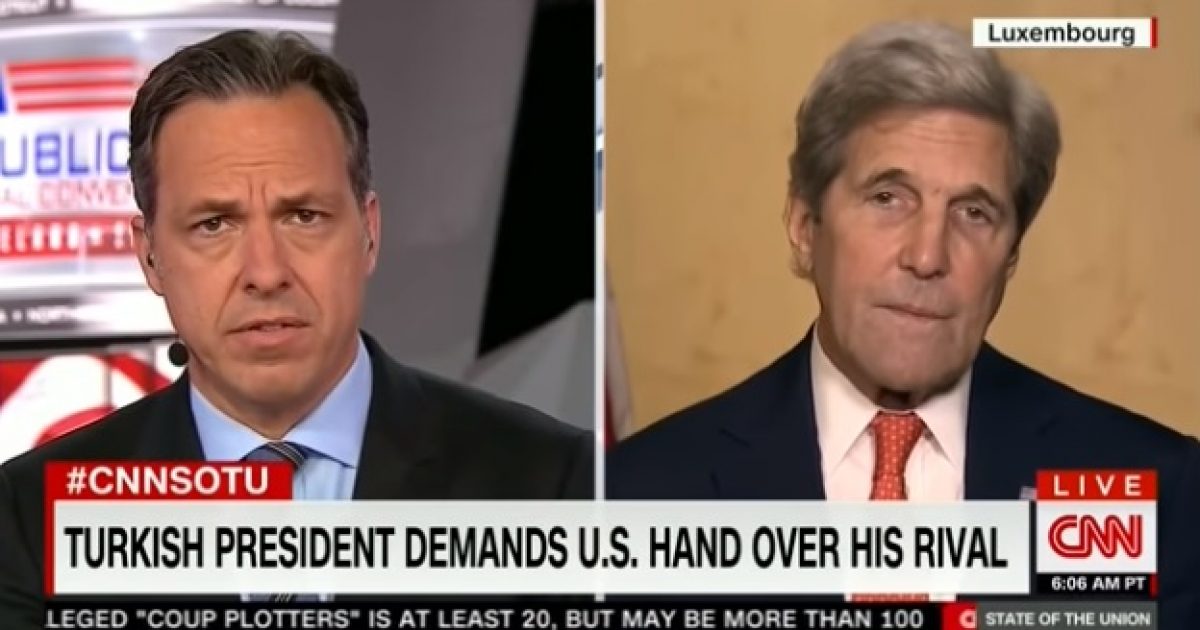 In an interview with CNN’s Jake Tapper, John Kerry had the audacity to claim that ISIS was “on the run” after a string of terrorist attacks around the world.

Could he possibly sound any more tone deaf?

Tapper spoke with Kerry Sunday morning about the recent ISIS-inspired terror attack in Nice that left 84 dead and 304 injured. The two had a heated exchange debating the the success of the U.S.’s efforts to combat the Islamic State. He asked Kerry if the U.S. had any intelligence of the Islamic State’s claim of the recent attack. Kerry said the U.S. had no knowledge of the attacker, Mohamed Lahouaiej Bouhlel, being radicalized previous to the attack. He said, “If you’re a terrorist and particularly of , you know, one or two days vintage, you can just go out and do something very easily.”

Kerry continued his response by touting the attack as a result of successful push-back efforts against ISIS in Syria and Iraq. “What we believe this indicates, however, is that … ISIL in Syria and Iraq is under great, great pressure and people are acting out in various places, but they are not growing in their ability to do things. They are shrinking,” Kerry said. “They are on the run, and I believe what we’re seeing are the desperate actions of an entity that sees the noose closing around it.”

Only the Obama Administration could see an uptick in ISIS-inspired attacks as a sign that its global influence is shrinking, not growing. From where I’m standing, it doesn’t look like ISIS -or the ideas the terrorist group represents- is anywhere close to being “on the run.”