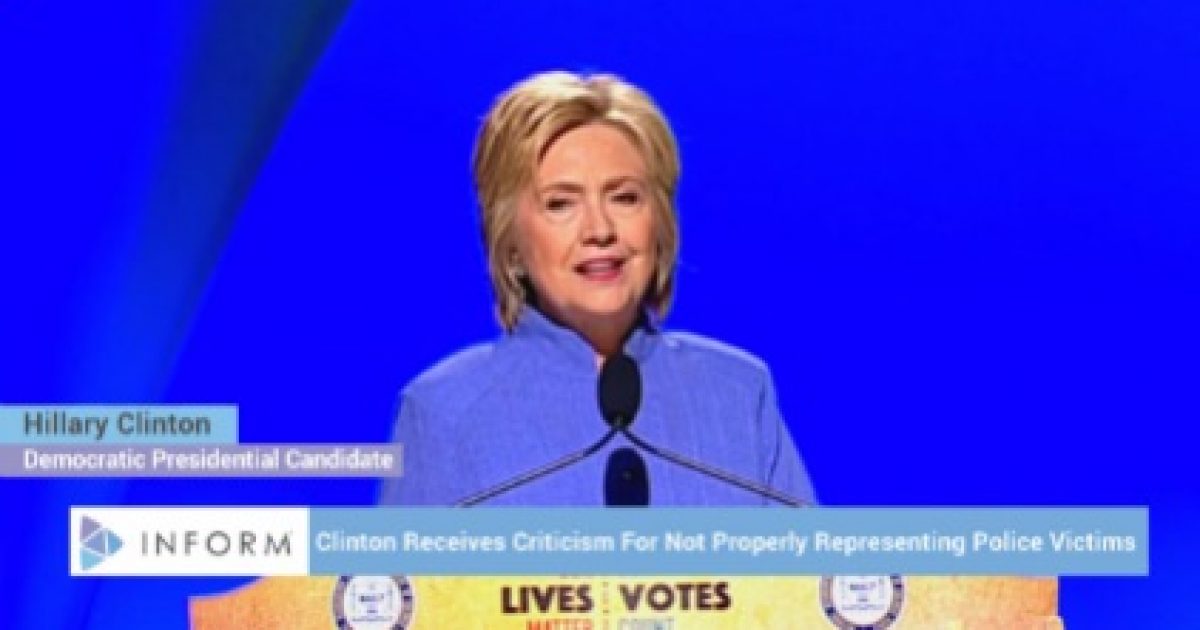 A Philadelphia police union is steaming mad that the Democratic National Convention speaker lineup will feature the families of individuals who died from police shootings, but not the families of fallen officers who died serving their cities.

According to the Philadelphia Inquirer:

Fraternal Order of Police Lodge 5 said in a statement that it was “insulted by the exclusion of police widows and family members” as speakers at the convention, from Monday to next Thursday.

“It is sad that to win an election Mrs. Clinton must pander to the interests of people who do not know all the facts, while the men and women they seek to destroy are outside protecting the political institutions of this country,” the statement read. “Mrs. Clinton you should be ashamed of yourself if that is possible.”

… “As Hillary Clinton has said, we need to support heroic police officers who put their lives on the line every day as well as listen to the voices of mothers who have lost their children,” said Stephanie Formas, Pennsylvania communications director for Hillary for America.

Hillary’s “support” for law enforcement is all words and no action. But that shouldn’t be surprising.

The Hillary Clinton campaign has never practiced what it preached. Why start now?