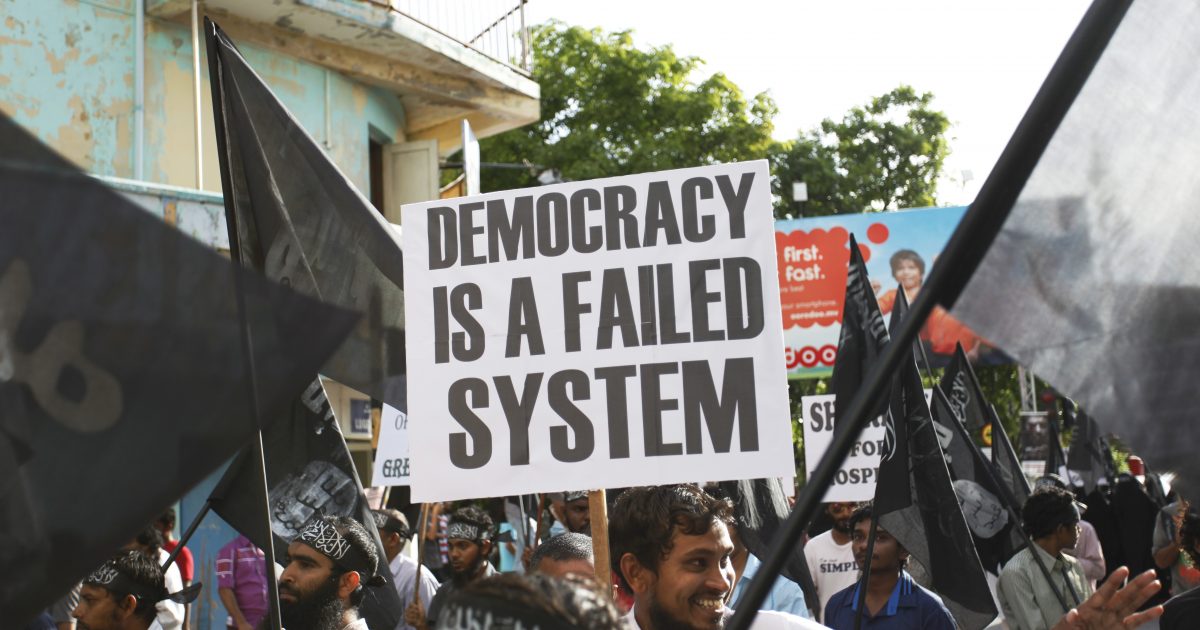 Political correctness is the undoing of the west. Not it will be. It is.

Take for example, a Muslim man named Maradi who immigrated to Canada from Iran 15 years ago. When he found out his wife – who is employed outside their home – interacts with men (AKA, talks to them) as part of her job, he was so infuriated that he violently beat up her boss.

He beat the man up. Because his wife spoke to men at her place of employment. (Oh, the horrors!)

From the Edmonton Journal,

Aadel Moradi, 39, was given a suspended sentence and placed on probation for 18 months on Tuesday in provincial court after pleading guilty to assault charges over what was an apparent clash of cultures.

“This was very nasty,” said Judge Kirk MacDonald, who described the Nov. 6, 2015, incident as a minor assault with “disturbing” undertones.

“You are now in Canada. We do not place restrictions on the way that women live here, unlike in some other countries,” said MacDonald, adding it is “very sad” that Moradi doesn’t see it.

The judge told Moradi — a Kurd who emigrated here from a city near Tehran about 15 years ago — that he had considered sending him to jail, but accepted the joint submission by Crown and defence.

“Just because you think someone has displayed bad manners, getting into a fight is no remedy for that,” said MacDonald.

Crown prosecutor Bethan Franklyn told court that Moradi and his wife had been at a city mall in late October 2015 when one of her co-workers came up to say hello.

Moradi asked the man how he knew his wife, then told him not to talk to her, said Franklyn.

On Nov. 6, Moradi went with his wife to the downtown office where she worked and asked to speak to human resources about the mall incident, said Franklyn.

Court heard he eventually spoke to Ross Undershute, the CEO of the health consulting organization, and stated “No men are allowed to speak to his wife and she can’t speak to any men.”

After Undershute explained that would not be possible, Moradi became irate and refused to leave after being asked to do so.

He tried to kick Undershute, and “clawed and scratched” his face before spitting at his face, said Franklyn. He also unsuccessfully tried to kick, knee, slap and bite Undershute.

Moradi’s defense lawyers successfully argued that the incident was merely a cultural misunderstanding. So rather than receiving jail time, Moradi will be performing 50 hours of community service and attend an anger management class.

However, last time I checked, I don’t remember anger management classes teaching culturally appropriate behavior. When you grow up in a culture where women are treated as property rather than people – it might take more to adjust your thinking than a feel-good class about controlling your temper… especially if you’ve already lived in a western culture for 15 years – and you still haven’t caught on to how we treat women over here?

What’s required is a complete paradigm shift in worldview. Because Islam and the Western World? The two are polar opposites when it comes to the treatment of women.