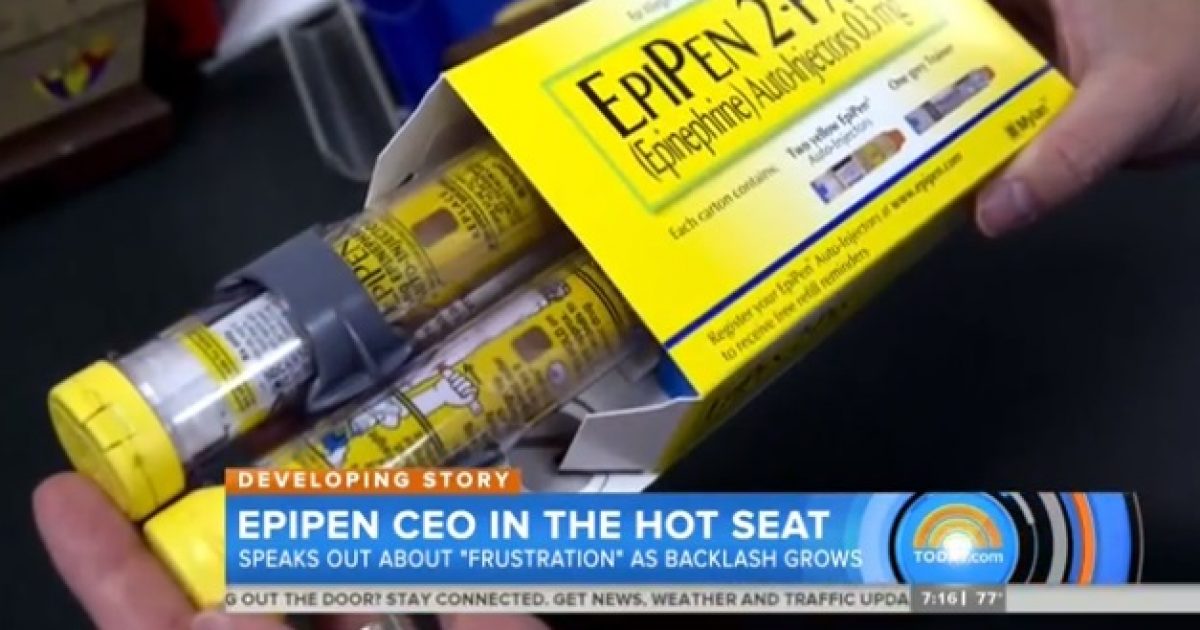 The drug company Mylan is under fire for price-gouging the life-saving allergy drug, EpiPen. While Democrats are collectively freaking out, it is worth noting that the company’s CEO is none other than the daughter of Democratic Senator Joe Manchin (WV).

Thanksgiving will be a little awkward in the Manchin house this year.

Sen. Joe Manchin (D., W.Va.) is in an “awkward position” after his daughter, Mylan CEO Heather Bresch, spiked the price of the life-saving allergy EpiPen from $100 in 2009 to between $600 and $700 today, NBC’s Kristen Welker said Friday.

“With calls mounting for a congressional investigation, the controversy is putting her father West Virginia Senator Joe Manchin, in an awkward position,” Welker said.

On Thursday, Manchin released a statement saying that he plans to work with his colleagues to lower the price of prescription drugs.

… Bresch defended her $19 million salary on CNBC Thursday by saying that “facts are inconvenient to headlines.” Bresch went on to blame the “broken” healthcare system and said that every person who needs an EpiPen has access to one because of her company’s lobbying to force schools, airports and hotels to stock the allergy injection.

After celebrity actress Sarah Jessica Parker waved goodbye to her personal association with the company, Mylan decided to “compromise” by giving out $300 rebate cards to customers.